Teem wants to eliminate the undead (or the absentee) employees from meeting spaces with the power of its smart meeting scheduling and analytics platform. 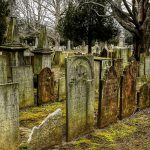 21 Extinct and Outdated Office Technologies… and What Replaced Them

Many of us have only heard tell of office technology long extinct. Here’s 21 pieces of outdated office equipment and what has replaced it over the years.

Eaton 208/220v model features flexible deployment and other benefits to keep your business going while lowering total cost of ownership.

The myriad data security systems put forth make it possible to create not only a safe building, but a smarter and more energy-efficient one.

The digiLED QUASAR signage at the University of Northampton Waterside campus is considered to be the first-of-its-kind installed on a biomass flue.

4 Reasons Why Surge Protection is Critical for Security Installations

The best way to prevent damage from an electrical surge, internally- or externally-caused, is to install surge protectors in security installations.

Draper’s FlexShade Recharge won a BEST Award under Motorized Window Treatments solutions. This is what separated it from other applicants.

Lyntec won a 2017 CI BEST Award for its NPAC power protection and control solution — here’s what separated it from others in its category.