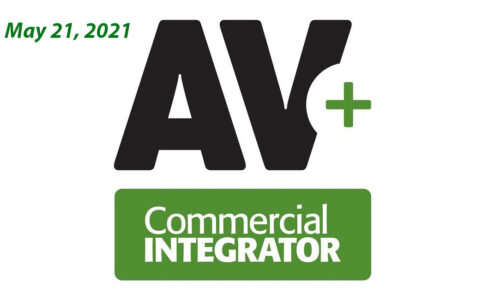 Greene passed on May 13th surrounded at home by family. A longtime member of the AV industry, thoughts and prayers have been pouring in from across the industry, with a common thread being his sense of humor, his unrelenting support for colleagues and friends, and his advice and mentorship for many he worked with. He will be missed greatly by the industry.

The headset was built for the hybrid workforce as it features noise cancellation and acoustic fence technology to help employees concentrate on their work and block out noise in the office or at home. It combines Poly’s Acoustic Fence technology with Advanced Digital Hybrid Active Noise Cancellation to build what the company calls the closest thing to a virtual sound wall.

Toshiba Business Unit Was Hit by a Cyberattack

The company on Friday released a statement on its website, confirming the Toshiba Tech Group companies suffered a cyberattack.

According to news reports, the ransomware gang that has been blamed for the attack on the Colonial Pipeline is involved.

After discovering the attack, the company reported it to European authorities and took other actions to limit the damage and “stop the networks and systems operating between Japan and Europe as well as those operating among European subsidiaries” while mitigating and backing up data.

According to the AVIXA Pro-AV Business Index, AV employment showed its first signs of meaningful growth in April 2021, jumping from 51.8 in March to 57.2 in April as integrators start to sense a return to more steady work.

“We finally saw some real acceleration. It represents real growth, a more meaningful bump above 50. It’s a number in line with the employment growth numbers we were seeing before the pandemic,” said Peter Hansen, AVIXA’s economic analyst.

The companies will develop a co-branded service called RingCentral with Verizon which the companies call a seamlessly integrated UC as a Service solution for the enterprise. Verizon says the offer is a key component of the company’s network-as-a-service strategy for businesses, which includes 5G, mobile edge computing, SD WAN and security. The partnership provides a secure cloud-based UCaaS platform to help businesses adapt to hybrid work.

The new solution operates on LG’s Pro:Centric smart televisions and provides a browser-based user interface to enable controlling of multiple commercial displays by staff using phones or tablets. It also features a web app that allows patrons to select from the available live TV broadcasting and listen to the audio on their own smartphones.

Scribe works with videoconferencing services like Microsoft Teams and Zoom to broadcast non-digital whiteboard content into video meetings. The wall-mounted camera features enhanced integrations with rooms built around either platform. It allows in-room participants to share whiteboard content in video meetings by pressing a wireless button or by tapping a meeting room touch controller like Logitech Tap.

The new platform empowers developers to connect and share knowledge with the support of QSC experts and partners. It enables an engaged and scalable technical community of professionals and organizations to come together to collaborate and create.

“We looked to create a modern development platform where AV and IT users can come together in an authentic way, learn from each other and speak freely with QSC experts,” said Greg Mattson, product manager for Q-SYS Control at QSC.

According to a new report from cybersecurity company eSentire, 2021 has been a goldmine for ransomware operators, as six ransomware gangs have claimed more than 290 new victims in 2021 for potential gains of up to $45 million.

Here’s what’s going on on CI this week:

This week’s interview is with Joel Hall of Leon Speakers. Joel is here to tell us a bit more about the company and what they can provide to integrators.