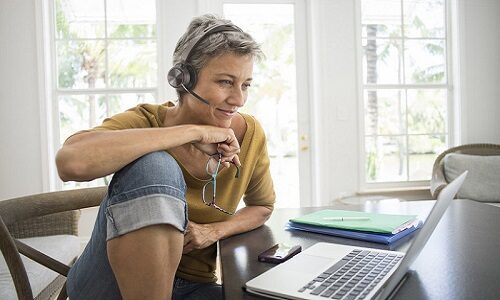 Poly has announced the Voyager Focus 2, a smart, wireless headset that builds on the company’s line of stereo Bluetooth headsets.

The headset was built for the hybrid workforce as it features noise cancellation and acoustic fence technology to help employees concentrate on their work and block out noise in the office or at home.

“The Voyager Focus 2 is packed with three levels of hybrid ANC so all you hear is your call, while on the far end, all they hear is your voice because of our high-performance microphones and Poly’s Acoustic Fence technology,” Lamarque said. “This headset is the best of the best, with the all-day comfort you need to stay focused.”

When activated, the headset’s noise cancellation feature comes with three levels of settings so users can set the right level for their surroundings.

The headset also features Dynamic Mute Alert and an online ear cup indicator that flashes during a call for a visual cue to others. Other smart sensors let the user answer calls or play or pause music. A smart microphone boom automatically switches left and right audio no matter which side the headset is worn.

The headset is available in two different options, including the Voyager Focus 2 UC to connect to mobile phones and a USB adapter for a more stable audio connection with extended range.

Meanwhile, the Voyager Focus 2 Office headset connects with desk phones, mobile phones and PC/Mac. It continues to charge in the base when the headset is not in use, and it can be used as a wired headset when plugged into the computer’s USB port.

The device is also certified for Microsoft Teams, earning the platform’s Open Office premium microphone specification due to its noise cancellation capabilities. It’s also compatible with Zoom out of the box.