“Give me your tired, your poor, your tech savvy…”

OK, we took a few liberties—no pun intended—with the call to action of the world-famous Statue of Liberty, but we think it works given how 2017 CI Integrator of the Year Diversified relied on BrightSign to create an immersive experience at the Statue of Liberty Museum.

The Statue of Liberty-Ellis Island Foundation, Inc. recently completed a $100M beautification project on Liberty Island, the centerpiece of which was construction of the new Statue of Liberty Museum.

The five-year project involved close collaboration with the National Park Service/U.S. Department of the Interior to design and construct the 26,000-square-foot museum, whose stone-and-glass construction embraces modern design, blending with the island’s beauty.

“While Liberty Island may appear as if it’s just a stone’s throw away from New York City, we needed to bear in mind the practical remoteness of the site,” said Diversified project manager Carol Feeley-Vario.

“Any service visit would require working within the parameters of ferry schedules and visitation hours – which is why we went to great lengths to build redundancies into the system that would all but eliminate the need to conduct repairs on-site,” she said. 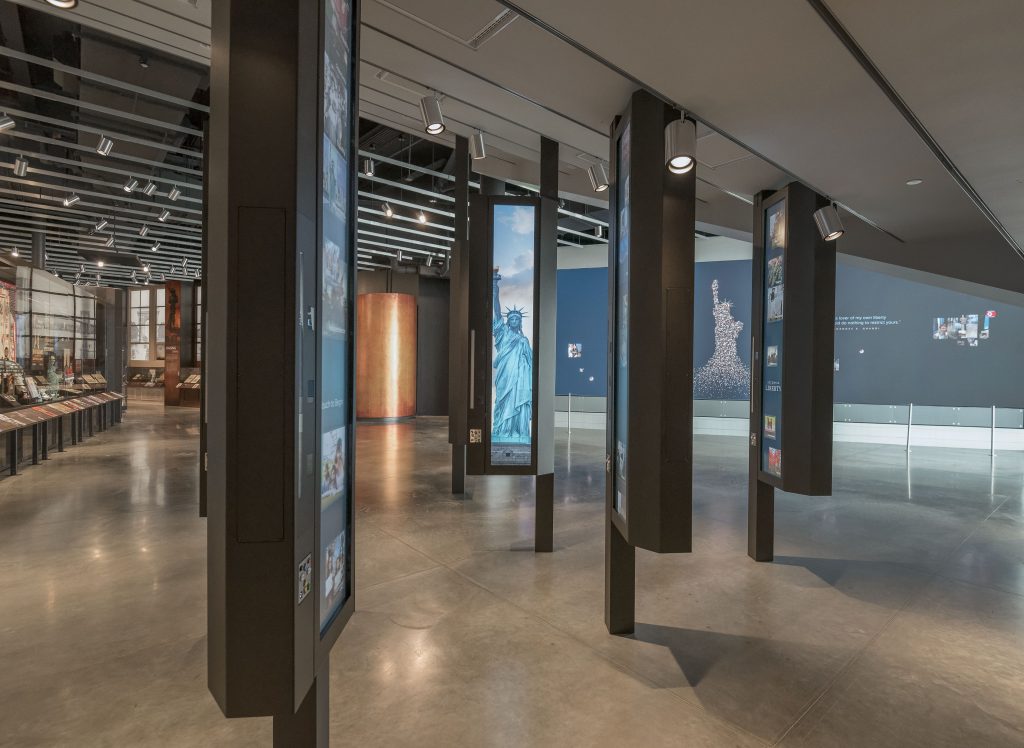 To achieve that lofty goal, Diversified deployed more than 80 BrightSign media players at various points in the museum.

BrightSign’s hardware is responsible for distributing content to dozens of displays throughout the museum, but perhaps the most critical role the company plays in the Statue of Liberty Museum is that of failover.

The players are at the heart of every single experience, from simple to complex, serving as the failover for each.

“We have BrightSign media players serving as backups to the primary servers, and in some cases even as secondary backups to the backup servers,” said Feeley-Vario. “In short, we’re relying heavily on BrightSign to keep all the exhibits up and running in the unlikely event of a network failure.

“You can say BrightSign is the final ‘torch’ that would keep the museum’s exhibit content streams flowing in the case of any sort of disruption,” she said.

Inside the Statue of Liberty Museum

The immersive theater is separated into three nodes, each of which utilizes multiple projectors being fed video content from BrightSign XD media players. Content is projected on multiple screens, the largest of which is 18 feet tall by 40 feet wide.

One set of BrightSign players serves as a primary content distribution hub while a second set serves as a fail-over in the event that the primary distribution system suffers an outage or other disruption.

The artifact gallery includes a mix of authentic and reproduction artifacts that help tell the story of the statue’s construction, and give a visual depiction of how the Statue of Liberty has become deeply intertwined with the cultural history of the United States.

The artifact gallery features a mosaic of displays powered by BrightSign. The mosaic utilizes a number of screens with unconventional aspect ratios that would normally have required custom engineering to display properly.

The third space within the museum is a large exhibit featuring 20 touch-interactive kiosks that invite visitors to answer questions about themselves, take selfies and then ‘push’ their personalized content to a massive LED wall.

BrightSign hardware serves as the fail-over for the entire exhibit, as well as the primary distribution point for all content displayed on the LED wall.

“We needed the peace of mind to know that our remote AV network would perform flawlessly without any downtime,” said Feeley-Vario. 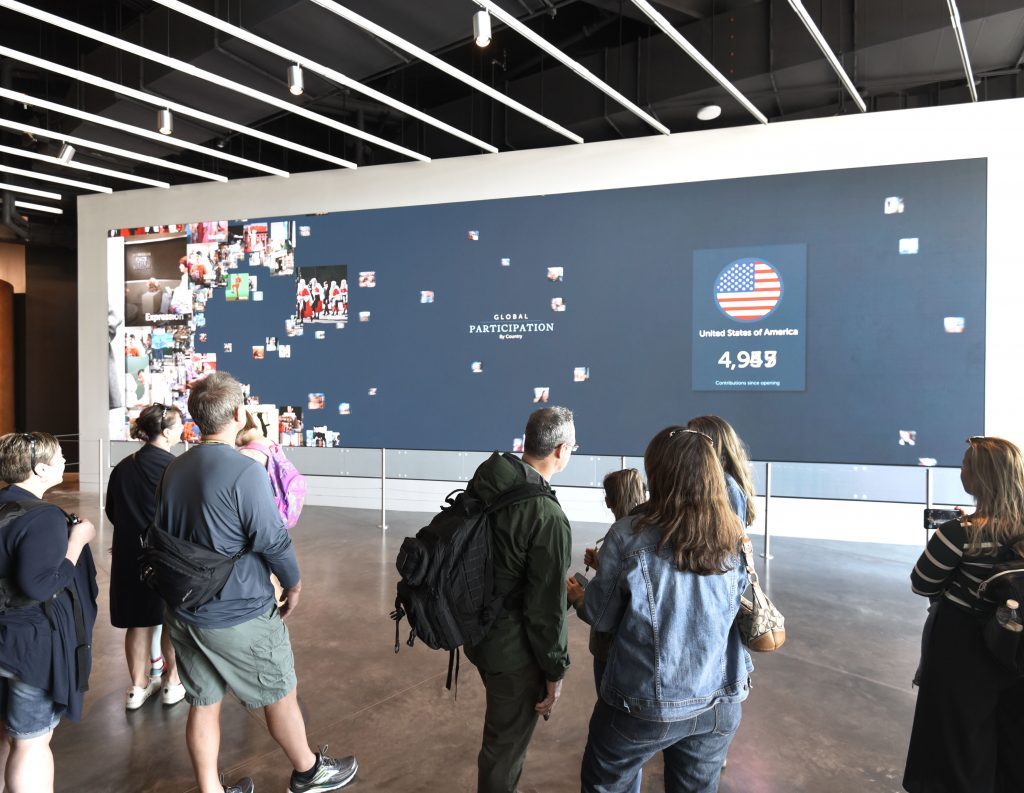