As someone who only recently stepped into the pro AV industry, my assumption would be that integrators who sell commercial technology would use at least some of that technology themselves, especially inside their public-facing HQ. But that doesn’t always happen. 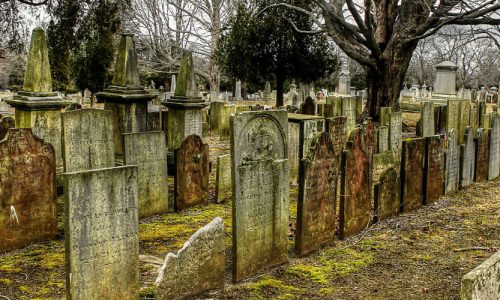 Related: 21 Extinct and Outdated Office Technologies… and What Replaced Them

As CI Editor in Chief Tom LeBlanc put it last January: “There’s a natural expectation that, for instance, a landscaper would keep his own yard nicely manicured, that a personal trainer would be in great shape, that a hair stylist would have nice hair.”

So why don’t pro AV integration firms show off their integration capabilities vis-à-vis their offices? It worked for Jim Tierney, CEO of Tierney Brothers.

He spoke with LeBlanc on this topic at the recent Total Tech Summit in Orlando, Fl. and says it all started with employee inclusion.

Tierney says he wanted his employees to have a say when it came time to switch offices. So he involved every department in the decision-making.

It was because of this close inter-company collaboration that he became aware of an important trend his sales team noticed. At the old location, the sales team’s close rates were generally standard, averaging about 30-40 percent.

But when a prospective client came in for a pitch or to learn more about the company, those rates rocketed to 80-90 percent success.

The old location, which was actually split between two separate buildings, did have a showroom. But now, all of the Tierney Brothers office space acts like a showroom, because of the technology they use and because they put serious thought into design.

Embracing the ‘Showroom’ Vibe through Design and Pro AV Tech

The Tierney Brothers team is comprised of many off-site members, so Tierney says they needed a place to work when they are in the office for important meetings.

“It was an easy decision to combine campuses in one location. We have lots of people who work off site, so we have a few “hotel offices,” or semi-private offices, for visitors.”

Of course, those rooms are also packed with collaboration and room-monitoring commercial technology. While off-site workers visit, they’re also acting as personal demonstrators for visiting clients.

And, according to Tierney, there are lots of visiting clients.

“We have customers coming in every day, all the time. It’s now a living, breathing showroom, the whole place.”

Towards the end of this Total Tech Summit talk, LeBlanc quipped that it doesn’t take a massive relocation effort to take this concept to heart.

This is all just a method of business; and while every integrator can’t expect to own a top-tier facility, they can expect to earn more customers if they show off even a little of what they sell and maintain a “revolving front door.”

“Let’s face it: we sell cool stuff,” Tierney replied. “Getting people in there and having them point and ask, ‘what’s that?’ impacts the sales process.”

Read Next: Inside the Futuristic Workplace Everyone’s Trying to Mimic