Let’s begin with the admission that I am a complete and utter newbie in the AV industry.

I just landed here at Commercial Integrator in late May after spending some time in the news world, and prior to the job change, my knowledge of technology was strictly at the consumer level.

Nevertheless, technology is a fascinating topic, and that is no doubt one of the reasons I assume one would become an integrator. I greatly look forward to helping readers understand their industry from the inside-out in my post as web editor.

So allow me to make a few points which I fully expect to be proven wrong, or at least partially incorrect, as I spend a little more time in this space.

Integrating advanced pieces of technology to achieve a complicated goal under a strict budget is an undoubtedly technical task, so my first musing on the industry may seem a bit shallow. 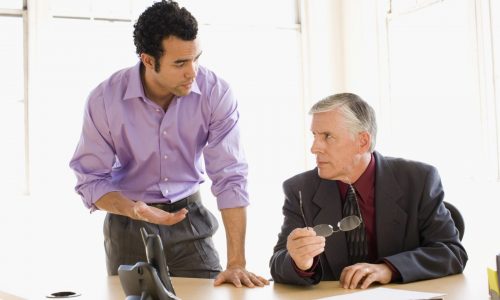 Related: Millennials vs. Baby Boomers: Not the Debate We Should Be Having

After roaming the InfoComm 2017 floor, I soon figured that those with visually-appealing booths received more attention; while those which lacked a visual sticking point were far less flooded with foot traffic.

With very few exceptions, this was the case for both small- and medium-sized booths. There was even one larger booth which lacked in visual capacity compared to its behemoth counterparts, and likewise, I think it suffered. So no matter how large the InfoComm booth was and how intriguing its advertised tech was, without an attractive design, it failed to draw me and many others in.

I have to assume that the same is true on the job site. Humans (and clients, even if they don’t seem like humans sometimes) are visually-oriented creatures, and if a job, trade show booth, or even piece of tech does not look appropriate to its function, it won’t likely take off. Design – at least, to this newbie – appears to be “mission critical.”

Integrators, what is your take? How important is it for your solutions to be aesthetically pleasing?

2). The AV Industry is in Dire Need of Diversification

Be it through age diversification and/or gender; surely the industry needs to open up. Again, I’ll have to resort to my InfoComm experience to make this claim, but I think what I saw in Orlando summarizes my point. There were few women there who weren’t affiliated with a distributor, and even fewer people under 30.

Forgive me if that sounds judgmental, but it did leave me scratching my head: experienced members of the workforce – people in their mid- to late-careers – are certainly valuable, but what about the industry’s future?

They say that diversification is one of the keys to success in the stock market. While this sure isn’t Wall Street, the pressures to grow and expand apply to this space, too. It needs – requires — input from the next generation.

…And what better generation to drum up interest from? Take it from me, a 24-year-old at the time of this publish date: my generation grew up with technology. They’re completely fluent in it because it just about operates their lives, and I am positive that there are plenty of young people who see beyond consumer tech. So why are the integration and AV industries having trouble attracting them? You would think they’re already primed for the job.

Let me ask you something: what the heck is AV?

“The AV Industry” seems like a functionally fruitless name in this, the age of the internet of things. For Millennials, the biggest tech upgrade they remember making was the switch from VHS tapes to DVDs. The really alert ones might even recall laserdisks.

Calling a whole industry by a name that young people do not understand cannot be sustainable. If millennials do not comprehend the fineries of AV, what about the kids who are just now rising into the ranks of technical high school freshmen? What about the (currently) young kids who will never know a world without internet; those who will, like it or not, be forced to understand technology from the inside-out if they don’t want to pay for their own personal IT director?

And please do not expect to tap future integrators from only technical high schools; there needs to be a greater reach in order to avoid the problem stressed in my second point.

I don’t think we – and by ‘we,’ I mean people in my age group – see “the AV industry” as real tech. The name almost sounds more apropos for a vintage neon sign repairman (not that there’s anything wrong with becoming one of those). This is a crime, though, because after experiencing my first InfoComm, I was dazzled by what I saw. Before this job, I never thought I’d be enthralled by digital signage — but there I was, looking upon your technology and hearing about your use cases with a newfound eagerness and an exclamation of “cool!” ready to roll right off my tongue.