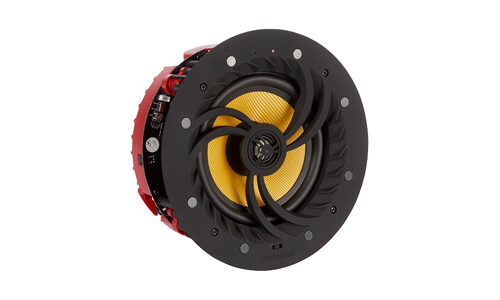 Lithe Audio, the U.K.-based manufacturer of wireless audio systems for residential and commercial installations, announced it will be making its U.S. debut at CEDIA Expo 2022, taking place Sept. 29 to Oct. 1 in Dallas. In booth 29093, Lithe Audio will be displaying its lineup of all-in-one ceiling, surface and garden speakers, including the star of the show — the Pro Series WiFi Multiroom Ceiling Speaker. Featuring an amplifier, connectivity, and high-quality speaker components in one device, each system requires only a power source for installation, making it simple for integrators to deliver audio streaming in single rooms, distributed audio systems, and outdoors, while enabling the creation of wireless surround-sound home theater systems.

“As a British brand looking to introduce our products to the U.S. market, CEDIA Expo is a can’t-miss opportunity to engage directly with a wide range of residential technology integrators and distributors,” says Amit Ravat, managing director at Lithe Audio.

Ravat continues, “Visitors to our booth will experience a complete range of wireless audio systems — built on an all-in-one philosophy — that deliver unmatched flexibility, scalability, and ease of installation for integrators, while providing their clients with the exceptional audio quality they demand. Of course, all eyes will be on our Pro Series WiFi Multiroom Ceiling Speaker, which won a 2020 CEDIA EMEA Award in the Best New Hardware category and is already creating a buzz in the U.S. It’s going to be a pivotal show for Lithe Audio, and we can’t wait to meet integrators there.”

The company’s Bluetooth 5.0 Ceiling Speaker offers a single-room solution for streaming music in kitchens, bathrooms, and hotel rooms, while its WiFi Multiroom Ceiling Speaker adds built-in support for AirPlay 2 and Chromecast for the creation of distributed audio systems. The speaker is available with drivers for integration into Control4 and FIBARO control systems, with support for additional manufacturers coming soon.

At the top of Lithe Audio’s ceiling speaker line is its Pro Series WiFi Multiroom Ceiling Speaker for residential installations, of which the company will be providing live demonstrations in two listening zones at CEDIA Expo.

The Pro Series offers all the same features as the WiFi speaker, while adding support for full high-resolution audio at 192 kHz, 24 bits; an optical input; and two Ethernet ports — one for a hardwired network connection, and one for daisy chaining another speaker.

For additional functionality, the Pro Series is available with PoE++ and WiSA bolt-on modules. The PoE++ Bolt-On adds PoE capabilities — delivering up to 70W to each speaker — while the WiSA Bolt-On allows integrators to incorporate the system easily into wireless Dolby 5.1, Dolby 7.1, and Dolby Atmos surround-sound home theater systems.

To add extra bass, the 70W WiFi Multiroom Micro Subwoofer — small enough to fit on a bookcase, under a bed, or behind a couch — will also be on display, which can be wirelessly connected to Lithe Audio’s WiFi ceiling speakers.

For areas that require high audio quality but can’t accommodate a traditional ceiling speaker, Lithe Audio’s new IO1 will be making its world debut at CEDIA Expo. Offering the same technology as the company’s WiFi Multiroom Ceiling Speaker, the IO1 can be installed in a number of configurations — including vertically or horizontally on walls, flush-mount in corners, mounted on a yard stake, and more — to meet the needs of any indoor or outdoor space.

For audio streaming in outdoor areas all year long, Lithe Audio’s waterproof, IP56-rated Bluetooth Garden Rock Speaker will also be on display, which is designed to withstand the elements while blending in seamlessly with landscaping.