At integration firm Diversified, president and COO Kevin Collins has seen enterprise customers take on global expansion, yet “they want predictable results,” he says. “They could hire multiple AV integration companies and get different levels of service with each of the integrators or they could hire one integrator and get the same results everywhere.”

Many companies today are pushing global standards to show off their unified communications solutions, he says. 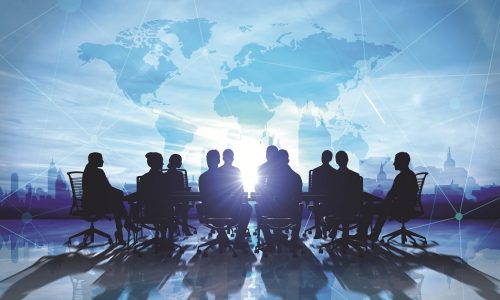 “Customers want the same tools with the same service levels,” says Scott Birdsall, regional VP at Diversified and a founding member of the Global AV Partnership(GVAP). That approach started in the banking industry and expanded to oil and gas companies and has continued to grow to a variety of other industries, he says.

The other interesting aspect of global technology deployment and global expansion is it’s a way of attracting new employees.

“There’s a talent grab going on,” says Collins. “We put in solutions they use as part of the recruitment process.”

“You have to understand where you’re going to add value. The logistics may make it more difficult, but AV integration companies need to try to find other ways to help the customer,” says Birdsall.

GAVP leadership will meet with PSNI Global Alliance officials to talk about how they can work together, says Birdsall. He expects the Partnership to add members in Canada and Mexico this year.

Meanwhile, the Global Presence Alliance has a presence in about 50 countries and that’s not likely to grow much in the near future, says executive director Byron Tarry.

“Our goal is not to have a footprint in every country around the world,” he says.

“The challenge is when a customer comes to you with a desire to deploy in one of those more difficult regions. It’s a many-year process—five at a minimum—and no one’s resting on their laurels saying they have it all figured out. There’s a level of learning, infrastructure building and process building involved in doing it right.”

With that said, there’s potential in some companies for global work to represent $20 million to even $50 million in revenue per year, says Tarry.

“IT is much simpler when it comes to doing a global deployment because there’s such a focus on the technology,” he says. “When international systems integrators do AV deployment, it’s more about people and space and how they interact with the technology.

“The tendency is to look at this as an infrastructure, something tangible, but it’s really about the people as much as the process and the technology. We lose sight that people are deploying this technology for cultural alignments of their teams around the world,” says Tarry.

Miller believes more of the top AV integrators are having success around the world because “the barrier of entry has dropped,” a phenomenon he attributes to the increase of networks like the PSNI Global Alliance,the drop in the price of technology as it becomes increasingly software-based and the ability to get financing for large projects.

But PSNI leaders talk often to their affiliates about treating customers that they’re helping through those partnerships asif they were their own customers—because, in many ways, they are.

“We understand the sense of urgency each of us have, but it’s important that AV integration companies show the same level of respect for someone else in your network that you’d want for yourself,” says Miller.

“We ask our partners to follow up with each other throughout the process and close all those loose ends after the project is done.”