Apologies to everyone who’s reading this who I’ve thanked in closing my emails to you. Clearly, I shouldn’t have been so thoughtless in my response. 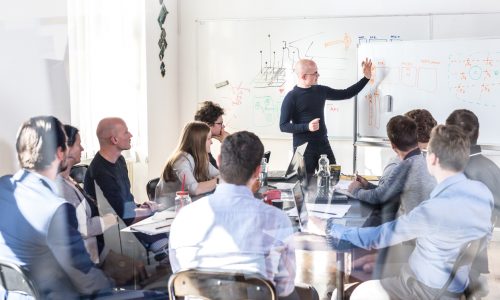 I learned this week, thanks to senior web editor Adam Forziati’s blog on email etiquette, that I’ve been doing things all wrong for years now, ending a great majority of my emails with “Thank you in advance” or some variation on that phrase.

Wired UK senior editor Victoria Turk said in a recent Talks at Google presentation that I couldn’t be more misguided in using this as my closing salutation. I’d be much better signing off with “best wishes,” “best” or “all the best,” according to Turk.

Perhaps her heritage leads to Turk saying we should avoid thanking email recipients in advance out of fear it might look like we’re trying to spur them into action. What I find particularly curious about this is sometimes that’s the primary point of sending someone an email: you want them to do something.

I agree that saying “not sure if you saw my last message” is generally a turnoff for me when an overly aggressive PR person opens that way, and asking, “does that makes sense?” carries with it an air of intellectual superiority that it’s better to avoid.

But I don’t agree with Turk’s translation of “thanks in advance” as “try to get out of this one.” I see it as a nice closing to my emails and will risk the ire of recipients by bucking apparent etiquette and continuing to use it.

While we’re talking about email etiquette, I’m much less likely to bristle at someone thanking me in advance than I am to getting emails that are in no way related to the industry I cover or the work I do.

I’ve been doing this job for long enough that I shouldn’t still get email blasts from someone asking me to attend an event or cover a story that doesn’t have anything to do with systems integration in very broad strokes and AV, IT and security installations or best practices in particular.

So, if you’ll excuse me once again for my rudeness, thank you for paying closer attention to what I do before you hit “send.”