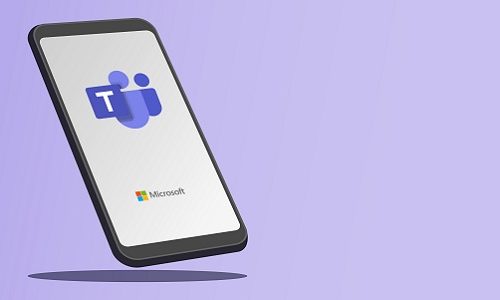 In case you missed it, Microsoft’s virtual Ignite event was held last week, and the company announced dozens of new updates and features designed to make life easier for the IT department and end user.

However, the company also announced several new updates to Teams, including new experiences, devices, hardware and features that conference room installers and integrators should be aware of.

Here are some we found especially interesting for the pro AV industry.

Designed for Microsoft Teams Rooms, the small form factor speakers made in partnership with hardware manufacturers EPOS and Yealink can identify and differentiate voices of up to 10 people talking in a room.

According to Microsoft, the speakers allow attendees – both in person and remote – to use a transcription to follow along or capture actions, by knowing who in the room said what.

For privacy and security, users can turn attribution on or off at any time.

Microsoft also announced that it is expanding its portfolio of devices that users can choose from when building out a home office, including from manufacturers familiar to AV integrators.

The devices include new monitors from Dell and Poly that are the first to be certified for Microsoft Teams. According to Microsoft, they can integrate critical conferencing hardware like microphones, speakers, cameras and light right into the monitor. Employees need only attach a PC via USB to get started.

Microsoft also announced that the new P15 video bar from Poly is also certified for Teams, calling it an “easy-to-mount peripheral that transforms an existing monitor into a high-quality Teams endpoint.”

The new Cam 130 from Aver is also now certified for Teams. The device integrates lights for better visual clarify during meetings.

As organizations redesign their meetings rooms to facilitate remote and hybrid work meetings, conference room technology is adapting to be more inclusive. To that end, Microsoft is bringing new gallery views to Microsoft Teams Rooms to make it easier to see everyone in the meeting.

According to Microsoft, gallery view will be coming to Together mode and large gallery.

Other software focused features include support for webinars for up to 1,000 attendees, Microsoft Teams Connect, PowerPoint Live in Teams, Presenter Mode, Dynamic View and security features.

For all the news Microsoft announced last week, visit the official Ignite website.