The U.S. Army Corp of Engineers’ ERDC (Engineer Research and Development Center) headquarters facility in Vicksburg, Miss., operates as both a visitor and private space. It provides guests an opportunity to convene on governmental research, but it also functions as a component of the Corps of Engineers — away from the public.

To create an AV experience unlike most found in a governmental space, the facility turned to M3 Technology Group.

The hope would be to better prepare the USACE to fulfill their mission to provide vital public engineering services in peace and war to strengthen security, energize the economy, and reduce risks from disasters.

Two 32-foot tall mosaic video walls composed of 30 LG VMC5 monitors each, both 55- and 46-inch, allow the ERDC to receive visitors with custom greetings, the content for which was created by Hypersign. 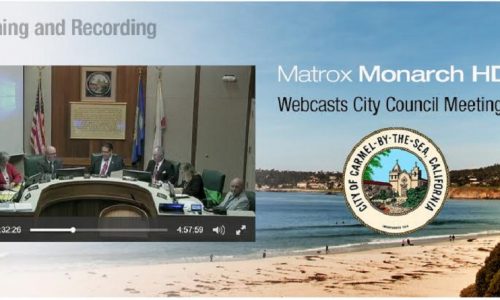 All of these components are controlled by Crestron processing and enable the facility to host massive audiences, both in person and around the world, so that the work being done by the USACE can be showcased and discussed.

Inside the EOC is a 2×3 video wall, again composed of LG VMC5 series 55-inch video wall monitors and Extron Quantum Connect video processing to ensure that anytime an emergency arises, the Corps is prepared to assess and assist. 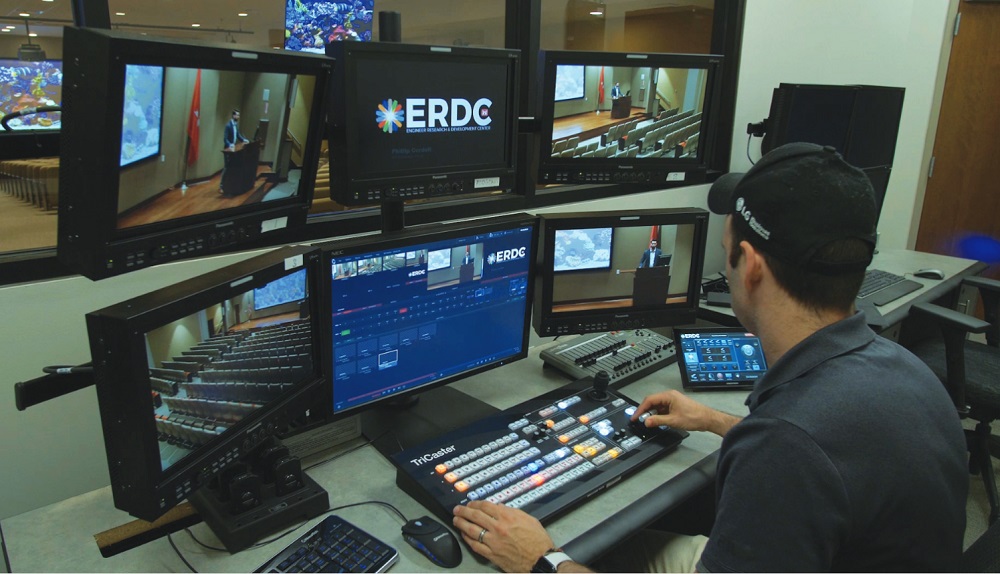 Video is again distributed by a Crestron DigitalMedia switcher and endpoints while audio is handled by Shure Microflex wireless mics and Audix wired microphones feeding a Biamp Tesira Server-IO and amplified by Extron XPA series amps.

An initially compressed installation schedule meant crews had to work seven days a week in the early stages to prepare the building for its occupants.

The first wave of installation took place over three months and included all classrooms, conference rooms, VTC suites and the auditorium.

The atrium section, including the pavilion structure and two video walls, were tackled last as their custom components delayed their installation.

“The Claw,” as the pavilion was dubbed, was particularly time consuming as both the LG OLED panels as well as the structure itself had to be handled with extreme care to avoid damage. All told, the entire installation took about six working months to complete.

One catch about integrating in a government setting: these branches often operate under strict guidelines that prohibit endorsement, the integrator notes.

That said, the EOC was “exceptionally satisfied that all solutions presented in the RFP were successfully implemented,” according to M3 Technology.

“The technology in the atrium, including the immersive pavilion and the two mosaic video walls, has allowed the ERDC to make an immediate impression on visitors to the facility.

“The auditorium, classroom and conference room spaces allow them to clearly and reliably communicate with everyone who steps foot into the building. And the EOC and VTC Suites ensure that all external communication is rock-solid.”