We launched the annual 40 CI Influencers Under 40 list in 2014, in part because editor-in-chief Tom LeBlanc turned 40 that year and found several others nearing the same milestone.

Since that first year when we rolled out a spectacular collection of some of the best and brightest young superstars in the industry, it’s grown in a way none of us ever expected. It’s to the point now where I almost don’t have to seek out nominations for the list because they’re coming to me completely unprompted.

The truth is the nominations for this year’s list never really closed, but let’s consider this the official ribbon-cutting for nominations for the fourth annual CI 40 Under 40 list. Thanks to everyone who’s already submitted their nominations and anyone who hasn’t yet is officially welcome to do so by Friday, July 14.

Ever since last year’s list was unveiled, I’ve stashed names of those who weren’t included in the first three years as potential candidates for the 2017 list. But that doesn’t mean I don’t need or want your help with this year’s collection.

As was the case in the past couple of years, we’re hoping to get help from those who have already been part of the CI 40 Under 40 with nominating people whom they’d like to pass the ceremonial baton. 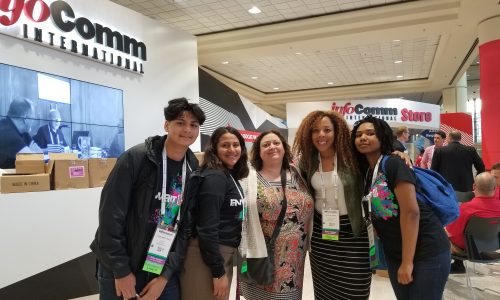 Although we’re strict about never having the same person on the list twice, that certainly doesn’t mean we don’t value those people’s input and want them to help shape the 2017 group.

Nominations are open to anyone, though, not just previous CI 40 Under 40 honorees, some of whom will head to Orlando in November for the 2017 Total Tech Summit. The best part of these lists in the first two years is it’s introduced me—and hopefully you—to people I didn’t know before.

Nominees should work for integrators, consultants or programmers. Sorry, manufacturers, we’ll have to find another way to celebrate your accomplishments, but you’re not eligible for this list.

Like last year, we’ve got a few ideas about who should—and will—be on the list (and some of them may be people you’ve seen in our magazine or on our site in various other contexts), but we want to make sure we don’t forget anyone. We’re planning to run the complete list in our September issue of the magazine, and of course post it online some time in August, so time is of the essence. The deadline for nomination is July 14, so you’ve got almost three weeks left.

If you know someone who fits the bill, email me, and I’ll send you the short application. We keep the nominator to ourselves, but you’re obviously welcome to tell the person you nominated he or she may need to clear some room in the trophy case.

If you want to find the next generation of leadership for your company, here’s what you need to do.