If you like looking into kaleidoscopes or “making the most of your experience” at jam band concerts, chances are you’ve seen patterns like the one Northeastern University computer Xue Lin created with IBM researchers and the Massachusetts Institute of Technology.

But, unlike those recreational experience this pixelated blend of blue, yellow, violet and green slapped on the front of a T-shirt has a practical application: it could be enough to fool video surveillance about whether it’s even a person who’s wearing it. 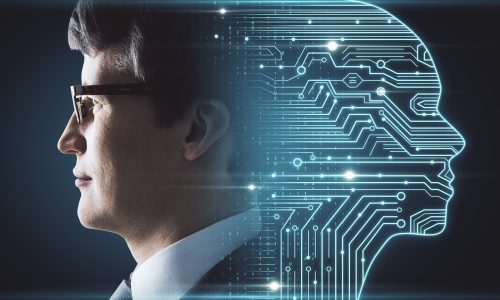 Lin calls it an “adversarial T-shirt,” because that’s the technical name for data designed to trick systems that use artificial intelligence to swiftly detect patterns in large data sets, such as someone wearing a red hat in a crowd of people.

Editor’s note: You’ll have to click on the Globe article to see the T-shirt design for yourself.

In this case, the adversarial data are the patterns on the shirt. Some AI systems find these patterns so confusing that they can’t recognize the wearer as a human being.

Let’s hope no one wears the shirt on the InfoComm 2020 trade show floor next June in Las Vegas when Solutions360 president Brad Dempsey says he hopes to have an AI solution suitable for use by AV companies ready for prime time.

The truth is the shirt won’t protect the wearer from facial-recognition software, such as Amazon’s Rekognition system. But it could provide a defense against other types of surveillance, such as object-recognition systems that identify people based on clothing and body shape.

A person wearing Lin’s T-shirt might not be recognized as human at all.

“When a person is wearing it, it will just disappear,” Lin told The Boston Globe.

How the Adversarial T-Shirt Works

The adversarial T-shirt works because AI vision systems don’t see things the way that humans do. All they see are pixels: dots of light they’ve been trained to interpret as cars or mailboxes or human bodies. Add enough unexpected pixels to the mix and the machines no longer know what they’re looking at.

Lin and a Northeastern graduate student, Kaidi Xu, designed the shirt to deceive a common object-recognition program called Yolo, an open-source program that anyone can download and test.

The researchers found that when shown images of people wearing the shirt, Yolo would fail to identify the wearers as people 63 percent of the time. Lin hasn’t tested her shirt against other object-recognition programs, such as the Avigilon system.

Since all such programs work on the same general principles, it’s likely that they too will have trouble seeing the shirt — and the person wearing it.

Lin tells the Globe she isn’t trying to help defeat these systems; she’s trying to make them even better, until they’re nearly impossible to fool.

“We try to explore the vulnerability of these neural networks,” said Lin, “and hopefully, we can fix this problem.”

I’ve got an extensive collection of T-shirts, probably enough to wear a different one every day for at least six months, but I’ll be adding this one to my collection as soon as I can. I’m all for keeping a low profile and messing with technology. How about you?