Fifteen years ago, if you had told Kaleo Lee that he’d be VP of sales and business development for The Audio Visual Company of Hawaii (AVCO) that his father, Thomas, bought in 1988, he’d have probably laughed in your face.

Today, though, Lee could be in line to take the reins from his father at The Audio Visual Company of Hawaii, more commonly known as AVCO—and he’s excited about the possibility, which is something he’s discussed with his father for a while now. 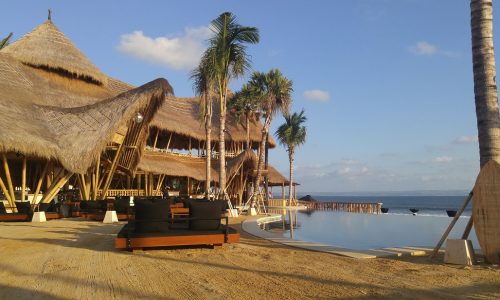 “I hated this business as a kid, but I kind of fell in love with it after a while,” says Lee, 34.

Lee isn’t sure, but he credits Scott Nishihara, a systems designer at AVCO, with helping him understand the industry more and serving as his mentor to this day. Lee started as an installer before eventually working his way up to technician.

When he started in 2008, his father “paid me whatever he thought I deserved,” but when he returned, Lee pitched his dad on the idea of his becoming technical manager for the company, a suggestion his father accepted.

“My leadership training from the Army set a good foundation of how to get people to do what I need done,” says Lee, who is now on inactive ready reserve for the Army National Guard.“I know how to prioritize.”

Lee took over the AVCO sales department after the company went through what he called “a run of bad sales managers” at the end of 2011. He’s not trained in sales, but he’s been successful in the position.

“I know how to fix problems,” says Lee.

Let’s go Back Stage to learn more about Kaleo Lee.

Commercial Integrator: You had no formal business training before joining AVCO, but you’ve been able to move up the ranks and help the company achieve success. How does that happen?

Kaleo Lee: “My overall passion is being a leader and driving change. It’s about being able to convey that belief system to others and motivate them to want to do the same.”

CI: AVCO has been successful and grown steadily since it started in 1970 despite primarily serving Hawaii. What are the reasons for that and do you expect the company to expand geographically?

KL: My dad has always had a passion for serving the Islands. That’s what has made us successful. There’s more than enough business for us to stay here. We’ve done some school projects in American Samoa and some DOD work in Korea, Japan and other places, but we’re primarily in Hawaii and I don’t see that changing.

Most of our customers understand if their system goes down, it might be a couple of days before they get it back and they’re OK with that. We do use a critical delivery service for the customers who can’t be down that long though.

We do keep spare video walls, processors, amps and some other equipment in stock since we know it takes longer to get here when we need it for a break/fix request. The biggest issue with Hawaii is the costof everything. It’s a lot more expensive than people expect.

Part of that is because a lot of the items we get arrived damaged and we have to get replacements for them and ship them back.It’s still one of the toughest places to do business. You definitely have to hit all the big markets if you want to stay here.

CI: What’s your philosophy when it comes to AV integration today? I know from the PSNI Supersummit you rarely tell customers you do “AV integration” when talking about a project.

KL: It’s not about trying to sell something. It’s about working together to find a solution. Audio Visual Company of Hawaii is not looking at it as a sale, more of a service.