Linda Bernardi is no stranger to futuristic thinking, having recently focusing on integrating Watson’s cognitive capabilities into the IoT while at IBM. So it’s probably no surprise this self-described “innovation provocateur” told PSNI Supersummit attendees it’s time to think in new ways about AV business innovation. 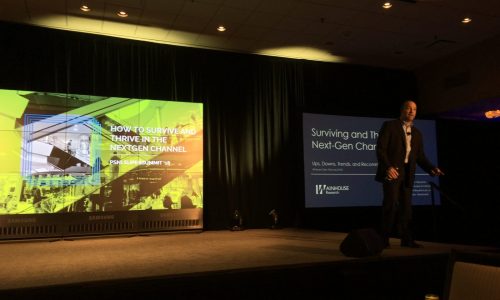 Related: Here’s How AV Integration Companies Can Thrive in a Changing Technology Landscape

Bernardi painted a picture of a scenario that involved autonomous cars, artificial intelligence, drones, a humanoid robot, Amazon Fresh, augmented reality, Nike shoes and the Internet of Things that sounded like it was torn from a script of The Jetsons, but is actually a scenario that’s possible today.

But what will it take for integrators to get to that point in their lives, and more importantly, how can they convince their customers to think in new ways?

“If you don’t disrupt, you can’t innovate,” Bernandi told the crowd.

“If you innovate, you can lead. Your AV business is enabling communication in ways we’ve never seen before.”

Bernardi knows it’s never easy for business leaders—especially the successful ones—to do something different or new, but she stressed it’s important to do that if that business owner expects the business to be around for a while.

“You’re going to have to disrupt your business for your business to survive,” she says. “If you’ve ever been told ‘you’re crazy,’ that’s the ultimate sign of respect in the entrepreneurial world.”

Bernardi urged attendees to discover what she calls “your super power.” That involves finding your passion, inspiring those around you, empowering them and influencing them. She downplayed the negative connotation that comes with the world “disruption.”

“Disruption is not chaos. It’s essential,” says Bernardi. Disruption is the connection behind the growth of Uber and Lyft to replace cabs, Air BnB to replace traditional hotel chains, Amazon to replace retail stores and Kickstarter to replace venture capitalists. 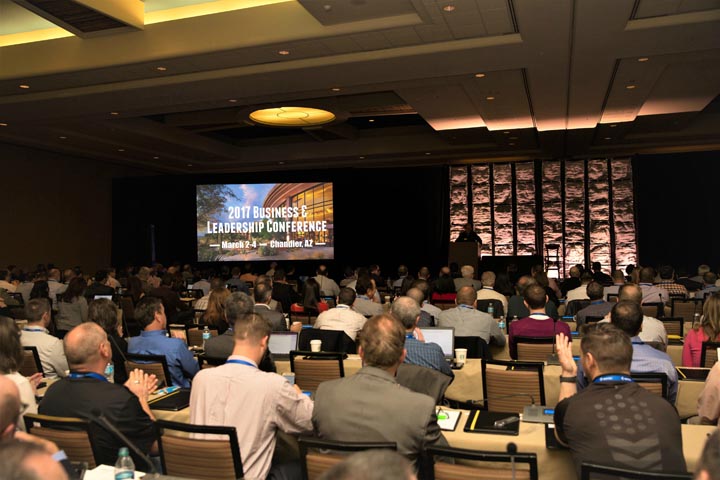 Bernardi noted that the idea of artificial intelligence dates back about 50 years, but in its recent rebirth, it’s become more refined and perfected, thus the more widespread acceptance.

That last step spooks a lot of people, says Bernardi, but there’s no reason it should.

“Hollywood has made us paranoid,” she says. “SkyNet does not exist. Hyper-intelligence is now the fabric of our lives.”

AI today is driven by mega-data, availability, focused AI, the need for speed, a culture of agility and the expectation that you’ll play or become obsolete, says Bernardi.

“When you think about your business, think about what happens if you don’t change,” she says. Resistance to disruption is nothing unusual, says Bernardi, and it comes in several stages, starting with anger/denial, goes to rejection, then to recognition, then to inspiration and finally to acceptance and action.

The proliferation of IoT triggers the experience- and needs-based economy, says Bernardi. That’s where the idea of inversion comes from, whereby a customer’s needs trump the products-first thinking.

“What you want is going to define everything,” she says. “Vision becomes the driver. Rigid AV experiences don’t serve the needs of the masses.”

Read Next: AV Industry Consultant Calls 2017 a Year of Disruption

The biggest threats to AV business innovation, says Bernardi, are resistance and fear. She pictures a world in which companies add to their management teams with what she calls a chief inversion officer, someone who can see the connection between innovation, technology and culture.

AV integrators, says Bernardi, are enablers, curators and curators of innovation, but sometimes the bottom line plays too prominent a role.

“Revenue is a big problem in stopping us from disruption,” she says. Bernardi advocates finding a few employees who can work in secret on what could be the company’s next innovation and “watch it grow” as it shows the potential of taking the company in a new direction.

“Many companies are afraid if they try something new, it’s a sign of failure,” says Bernardi. “We need to create an environment where customers are working with you.”