Converge Virtual Try On is a free-standing kiosk that uses mixed reality to enable customers to virtually try on jewelry items such as bracelets, rings and wrist watches.

Converge Smart Tray is a portable jewelry display that uses RFID technology to present detailed information about products as they are placed on the tray. 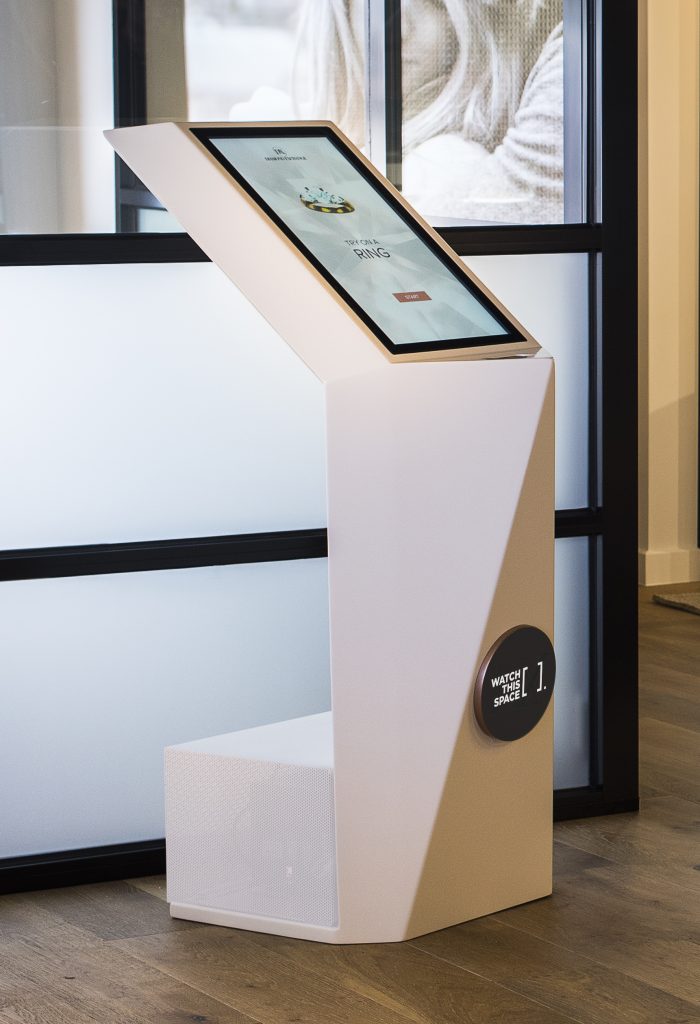 HARMAN Professional Solutions has realigned distribution of AMX, SVSI, and install ranges of AKG, BSS, Crown and JBL Professional in Australia with the appointment of MadisonAV, part of the Madison Technologies group.

Johnson Controls introduces the exacqVision Facial Matching solution,  an artificial intelligence-enabled system that provides immediate notification of persons of interest who are returning to a retail business, venue or other premise.

The engine behind exacqVision Facial Matching is Tyco AI an ever-evolving, deep learning solution that will take analytic capabilities such as object classification, behavior and facial recognition to the next level, using powerful algorithms that customize solutions to specific end user installations. 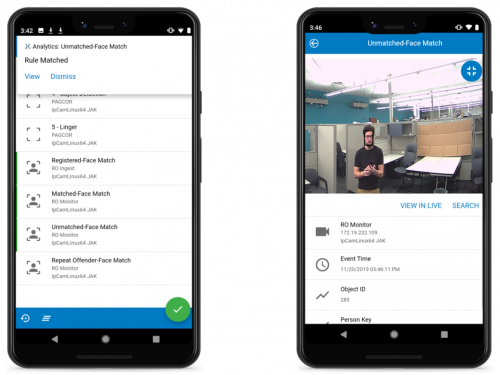 Atlona’s Velocity 2.0 control system is an AV control platform that brings together a unique set of capabilities, resulting in system scalability. In addition to AV control, Velocity serves as an integrated server for room scheduling touch panels, as well as centrally deploying and managing a network of Atlona AV devices. 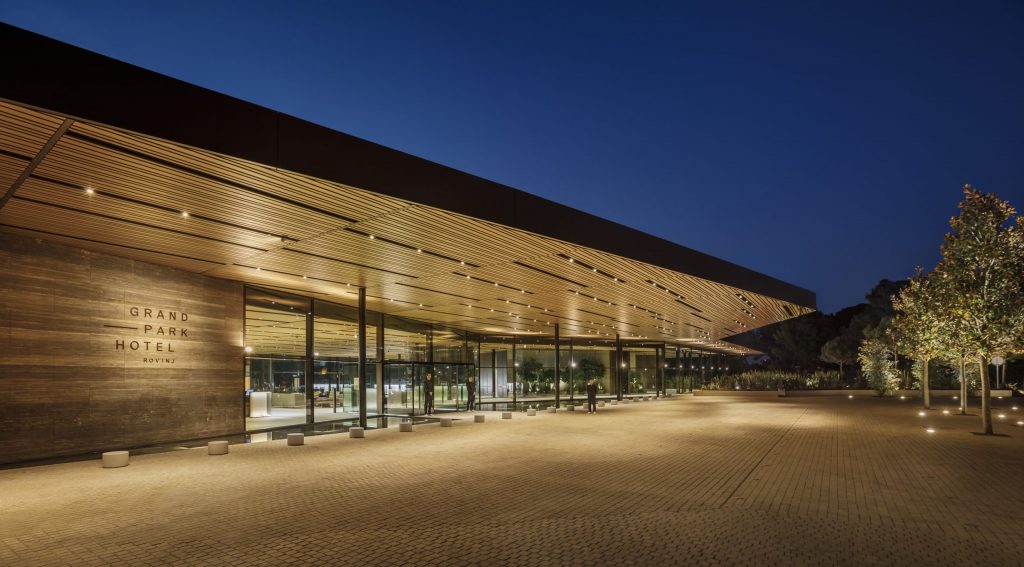 The five-star Grand Park Hotel Rovinj is set at the edge of a pine forest on the Adriatic coast of northwestern Croatia. The six-story hotel offers 193 guest rooms and 16 suites, plus 3 restaurants, 3 bar/lounges, a spa, indoor and outdoor pools and tennis courts, a grand ballroom, and 3 combinable multi-function conference spaces.

It’s an easy walk from the hotel to the harbor, museums, forested park, aquarium, and much more.

HUST provided AV system control and monitoring using a GUI that runs on any computer in the hotel network and also with wall-mounted OLED controllers located throughout the facility.

Living Water Bible Fellowship in Alamosa, Colorado had a pair of related problems that frustrated the staff’s ability to deliver a transparent, distraction-free service. First, the pastor could not get his microphone nearly loud enough before feedback threatened to overtake his voice, with predictable wincing among the assembled congregants. Second, even when feedback wasn’t a problem, lack of intelligibility and impact made it difficult for congregants to fully lose themselves in the music or the moment. Local AV integration firm Lambda Audio Visual, of Monument, Colorado, designed and installed a new Danley Sound Labs sound reinforcement system that did away with both issues via incredible pattern control and phase-coherent, point-source fidelity.

“Living Water Bible Fellowship contacted us looking for some ideas to help improve the sound system in their main worship room,” said Ryan Durbin, owner of Lambda Audio Video. “We visited to check out their system and immediately noticed the unique shape and orientation of the room.

“It’s a rectangle with a peaked ceiling, with the stage set up on a long wall. There are balconies on both sides that look down on the stage from above. The space fits about 150 people. The orientation and loudspeaker placement created a ‘boomy’ reverberant sound in the main worship area.

“They were having a lot of difficulties producing defined sounds. Moreover, the room shape and a soffit area above the stage left no obvious place to put a loudspeaker for general coverage,” he said.

Durbin worked with his CAD designer to model the best options given the unique circumstances. As proof-of-concept, the Lambda AV team brought a Danley SBH20LF to Living Water and demonstrated its musicality, intelligibility and gain-before-feedback.

Lambda AV completed the installation with a pair of Danley THmini subwoofers along with a Danley SM100 loudspeaker on each side of the room to cover the balcony.

A new PreSonus 24SX 32-channel console with a PreSonus 24r rack mixer and a handful of acoustic panels against the back wall completed the installation. 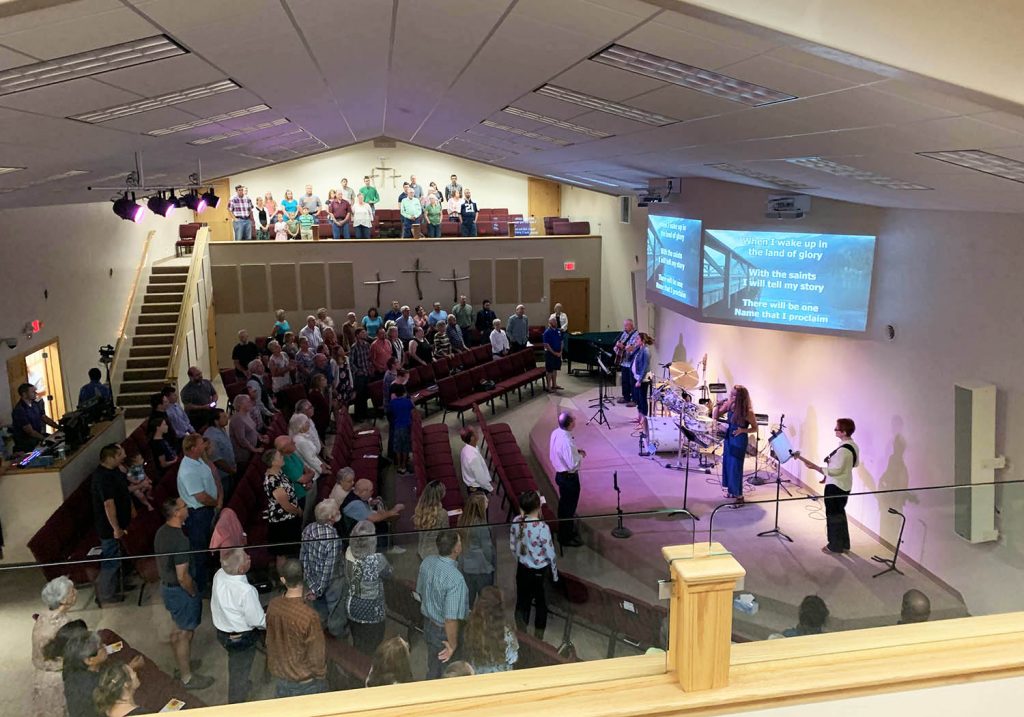 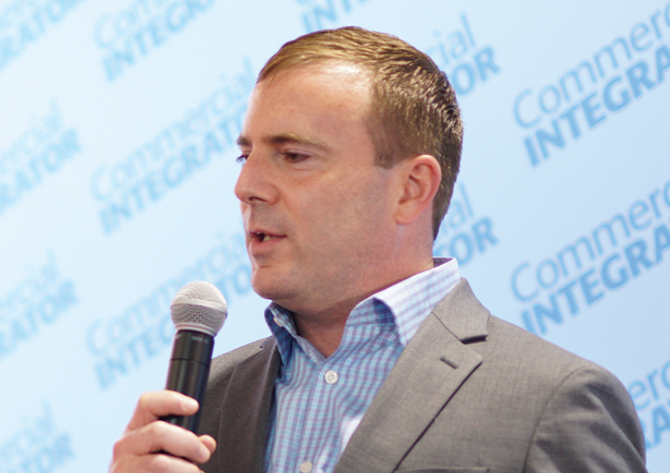 Tom LeBlanc, who left Emerald Expositions in August 2019 after 17 years with CI, CE Pro and My TechDecisions, started this week as the first NSCA director of industry outreach and media channels.

He’ll work to amplify the existing resources of the association and help the media brethren of which he was once a member better utilize them.

LeBlanc will remain based in the Boston area, but will attend NSCA events including the Business & Leadership Conference next month in the Dallas area and Pivot to Profit in October near Chicago.

Planar is expanding its U.S. sales force with the addition of Lainie Mataras. Mataras joins the company’s Northeast team as business development manager. She will leverage her extensive professional network to foster relationships with consultant partners and further develop Planar’s consultant program.

Mataras brings more than 25 years of experience in the commercial AV and digital signage industry. She joins Planar following her role as regional sales manager for the consultant market at Sapphire Marketing, where she worked for 14 years.

Prior to Sapphire Marketing, Mataras held a role in technical sales at Crestron for 10 years. 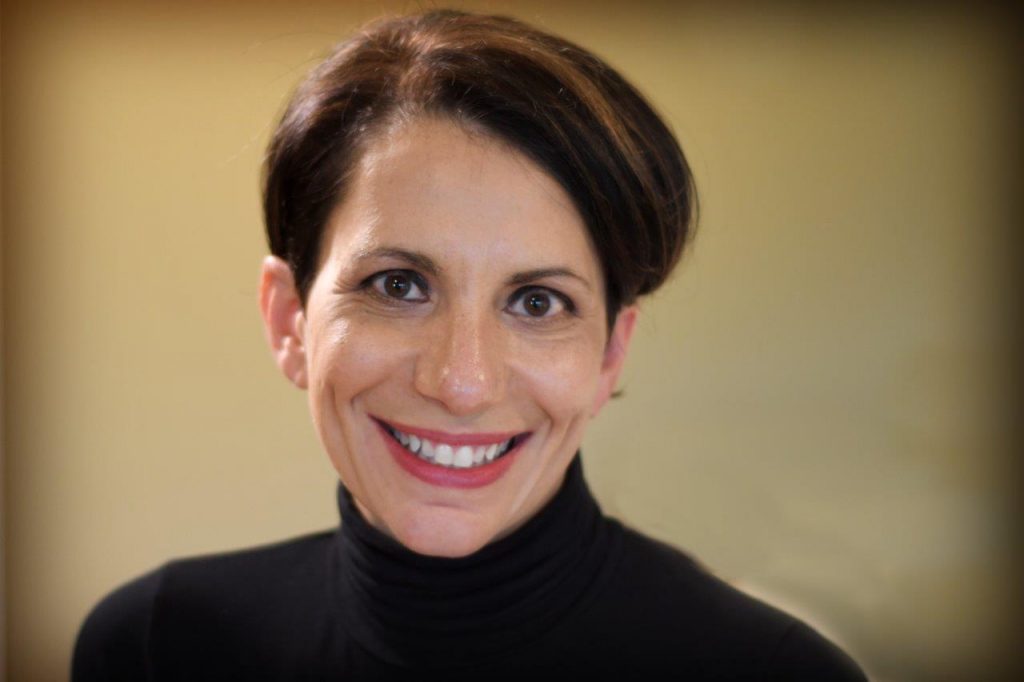 NewTek this week named Barbara Spicek as senior vice president of Global Sales. With more than 20 years of experience working with channel sales in the software/technology industry, Spicek will be based at NewTek headquarters in San Antonio, Texas, when she is not on the road visiting channel partners.

Paul Dobbs also joins NewTek as Asia-Pacific sales director and will be leading the growth for NewTek in that part of the world. Dobbs will be working closely with new and existing channel partners in the region. His home office will be in Bangkok, Thailand. 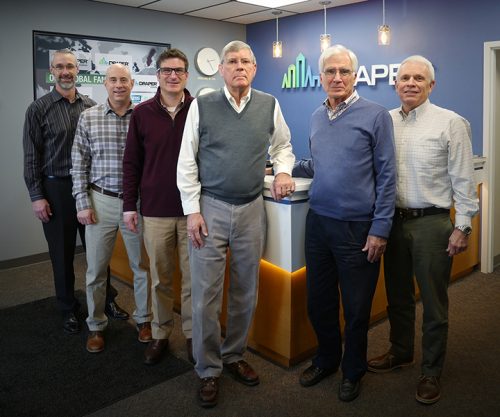 Chris Broome becomes only the fifth president in the company’s 118-year history after John Pidgeon stepped down following 15 years in the role. Broome continues the Draper tradition of family ownership and management. He is the cousin of John Pidgeon and son of vice president of manufacturing Mike Broome, and the great-great-grandson of company founder Luther Draper.

Smith was the office and operations manager at Trace Minerals Research for the last 5 years and has worked in management for more than 20 years. Born and raised in Northern CA, Smith graduated from Weber State University with a Bachelor’s in Business Administration.

“In a world where data and rich video content are expanding exponentially, people need higher resolutions, faster connections, longer extension and more flexible installations. SDVoE addresses these requirements and is becoming ever more popular,” said Chris Lai, general manager, HDCVT Technology. “We chose to upgrade our membership to take an even more active role in developing the market and empowering our customers with innovative SDVoE™ products.”

“HDCVT was one of the original 14 members at the inception of the SDVoE Alliance at ISE 2017. We are proud that they are thriving in the SDVoE ecosystem with outstanding products that benefit so many of our members,” said Justin Kennington, president of the SDVoE Alliance. “We look forward to their continued collaboration at this higher level.”