Zurich Insurance Group is a worldwide company that covers large corporations (including 90 percent of the Fortune 500), individuals, and all types and sizes of businesses in between. As it went about building a new North America headquarters in Schaumburg, Ill., a Chicago suburb, Zurich wanted to make sure the new campus would have the collaborative technology to provide a “Zurich experience” for employees and guests. 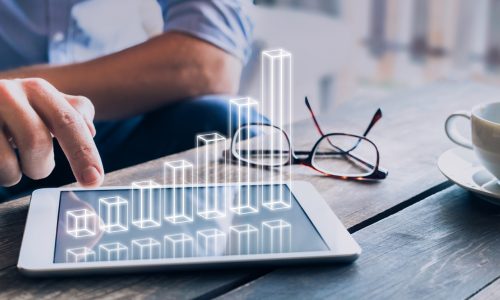 Collaboration and technology abound throughout the 783,000-square-foot facility. This includes digital signage in the lobby, fitness center and “Heritage Wall” that showcases Zurich’s history to its guests, as well as a variety of “social hubs” like the conference center, cafeteria, theater, and huddle spaces—all equipped with the same technology to provide a consistent user experience, for employees.

The 11-story building has 300 meeting rooms, with nearly 200 being enclaves, or huddle spaces, intended for ad hoc meetings(75 percent of Zurich’s meetings are four people or fewer). For larger gatherings, Zurich’s Pilling Theater and divisible conference center (which combines up to four individual rooms) can accommodate hundreds of people.To improve the experience and efficiency within these spaces, Zurich and AVI-SPL integrated solutions that were “simple, reliable and intuitive” for its employees, starting with one simple-to-use interface throughout the facility, according to AVI-SPL’s Nathan Legg.

The result is a “wow”factor that enhances communications, creates a positive and productive workforce and impresses important guests.

Meeting at local events and national trade shows, Zurich and AVI-SPL were communicating well before services were needed at the facility. By the time the RFP process for an integrator began for Zurich’s NA headquarters in mid-2015, the familiarity between the company and AVI-SPL was a significant step for the potential partnership. What solidified the partnership was AVI-SPL’s ability to not only match solutions with Zurich’s needs, but instill trust in the partnership with transparency and an extensive scope of work.

One of Zurich’s top priorities was the need for a single provider capable of meeting its wide-ranging technology needs. This included AVI-SPL’s ability to collaborate with Zurich’s employees to design and create a custom GUI that was easy-to-use and consistent throughout the building, access to innovative technology, local and global tech support, as well as a vast array of onsite services to support large scale meetings of significant importance.

After a seven-month RFP process, AVI-SPL was awarded the project and hit the ground running in its effort to provide “a new technology experience” throughout the massive headquarters in a shorter time frame, says Legg.

Creative Use of Video Throughout Zurich

Enlisting the flexibility of Haivision, Zurich can stream video throughout the headquarters and expand application across its U.S. locations to keep employees and guests engaged and up-to-date.Video highlights another one of Zurich’s more unique features, a Planar/Leyard LED wall in its 250-seat Pilling Theater. Appearing as just one massive projection screen, the wall includes more than 100 displays providing the necessary brightness and contrast for the large space.

AVI-SPL collaborated with Zurich employees to design a custom GUI to be used throughout the headquarters, ultimately established as the standard for all Zurich locations nationwide. The “simple, reliable and intuitive” GUI was designed, programmed and adapted based on employee feedback to allow meetings to start immediately, without complexities.

One of Zurich’s top priorities was the need for a single provider capable of meeting its wide-ranging technology needs.

AVI-SPL overcame multiple obstacles during this extensive project, beginning with the deadline. The firm was given eight months to complete it so Zurich could open its doors to employees in September 2016. The challenge then became AVI-SPL’s coordination with the many parties invested, including the general contractor, architecture firm, network design, and interior design firm. Solid communications between the integration team and its partners, as well as the various vendors employed by Zurich, was critical in ensuring the project remained on schedule.

“Employees are thrilled. They were so excited to move into the new building,” according to Jen Kyung, business lead for Zurich NA. Employee feedback shared with Kyung even noted, “this is Millennial approved, two thumbs up!”

In addition, Kyung mentioned to AVI-SPL that in the old headquarters, employees did not leave their space/floors often. Today, the vast amount of collaboration spaces has encouraged employees to explore, improved communications among coworkers, and boosted the company’s culture. “Now it feels like everyone’s new home,” she says.