Broadsign today announced it has acquired Campsite, a Canadian digital out-of-home (DOOH) ad exchange that automates the buying and selling of DOOH inventory. 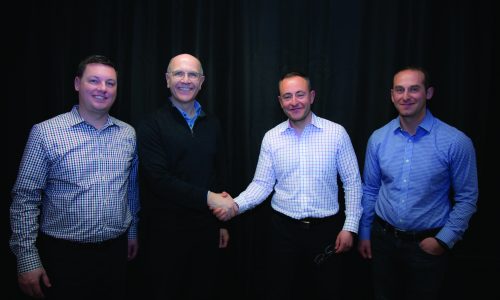 Related: I Love the Honesty from Pro AV Leaders on AV Acquisitions, but Where Did It Come From?

The combination “will further automate the buying and selling of media inventory, making it easier for agencies and media buyers to find, plan and book DOOH advertising campaigns,” according to the joint announcement.

Programmatic buying represented more than 80% of U.S. digital media transactions in 2018, highlighting the need to modernize buying in the $40 billion global out-of-home industry to drive future growth, according to eMarketer.

“Broadsign’s goal is to make buying and selling of out-of-home as easy as possible and adding Campsite’s strengths to our open platform will greatly help with that mission,” said Adam Green, senior VP and GM.

“We look forward to working with the Campsite team and all of our mutual customers to build on our collective vision for open programmatic DOOH trading around the world.”

Campsite, founded in 2016 by Newad but run as an independent company, has partnerships with many of Canada’s major digital out-of-home companies and agencies, among them Pattison Outdoor, Captivate, IDS Canada and Astral.

“The combination of our exchange with Broadsign’s extensive network of publishers will be a huge win for media buyers and agencies, who are eager to get started with programmatic DOOH,” said Edith Gagné, VP of development at Campsite.

Campsite’s team has joined Broadsign and the company will operate as an independent division, which will tap into Campsite’s UX and buy-side experience to help develop new offerings and features for Broadsign’s open SSP, Broadsign Reach.

“This transaction was the best avenue to continue Campsite’s national growth and success while ensuring that it had the resources to expand internationally,” said Michael Reha, former president of Campsite.

The combination of Broadsign and Ayuda “will enable them to streamline business operations across all of their inventory” according to the joint announcement.

The Campsite acquisition complements Broadsign and Ayuda’s offerings by “further building on Broadsign’s existing programmatic foundation and making it easier for media owners and buyers to conduct business,” according to the joint announcement.

All three companies are headquartered in Montreal.

Future acquisitions “will play an important role in strategic plans, complementing organic growth and further enhancing its position as the market leader in OOH/digital signage software,” according to the joint announcement.