After the former Israeli Broadcast Authority abruptly ceased broadcasting in May of 2017, the new Israeli Public Broadcast Corporation charged to take over the empty airwaves. A key design strategy from Israeli integration firm Broadcast Design was the use of IT for all operations with a Dante Audio over IP network.

That last detail was especially critical to the 20-studio project: in addition to simplifying signal management, enhancing audio quality and strengthening redundancy, Dante networking reduced labor and equipment costs by upwards of $30,000.

A breakdown of Dante networking savings according to the integrator: 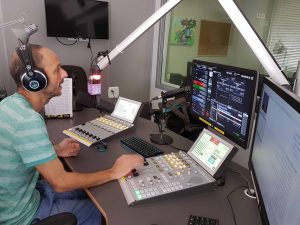 Since the DHD audio has dedicated Audinate modules, operators have the flexibility to send audio from Dante Virtual Soundcards throughout the building within seconds, as well as directly to the broadcast console from any PC on the network. 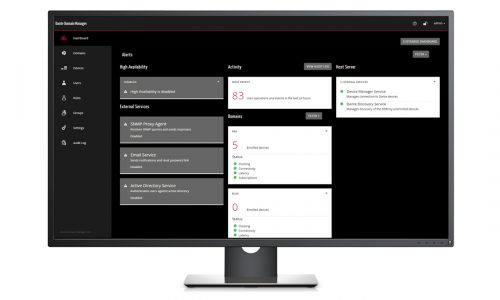 Operators also use the Dante Audio over IP Network to send audio to live streaming encoders.

“All of the studio PCs connect to the core managed switch, but we can disconnect and reconnect any studio for any reason,” said Blum.

“We could have added one large DHD audio core in master control and routed everything over one switch, but we elected for each studio to have a dedicated Dante-enabled DHD audio module. This provides an extra layer of Audio-over-IP redundancy that only Dante provides, as every studio can act as standalone architecture.”

“This is easily one of the largest Dante installations for TV and Radio broadcasting in the world from what I understand,” added Blum.

“The reach of this system is tremendous, and the high capacity and flexibility it offers to scale for new audio channels is infinite, confined only by the number of Israeli Public Broadcast Corporation studios we can build inside the facility.”