The most sparsely-populated country in Europe has no shortage of tourists. In fact, Icelandic destinations have really taken off in recent years. So the Tales from Iceland Museum needed to make sure it could retain its influx of visitors with stunning 4K UHD video representing Icelandic history, nature and culture.

A total of 21 4K UHD players from AV Stumpfl were used in order to integrate into the Avio control system network.

Each screen displays an important piece of Icelandic nature or society (like its famous Fjords, or the world’s oldest parliamentary system). 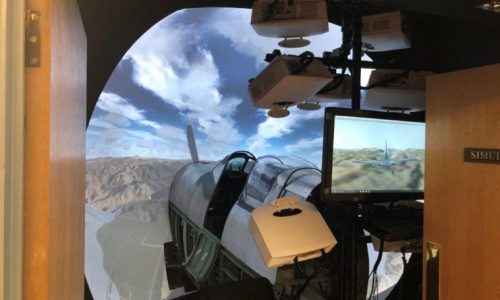 Related: Pilot Trainees at Boultbee Can Almost Feel the Wind Under their Wings, Thanks to 7 Optoma Projectors
AV Stumpfl 4K UHD Player systems proved to be the perfect solution for this highly visual visitor attraction, as they are designed for 24/7 operation and are capable of displaying video with a resolution of up to 4096 x 2160 at 60fps to produce vibrant images.

The vivid picture allows visitors to explore Iceland through the eyes of tourist videos and discover more about the country from news reports which bring the past to life.

All AV Stumpfl 4K UHD Players in the Tales from Iceland Museum play short videos across 14 screens, measuring up to 2.5 metres (100 inches) in diagonal.

Frame synchronization via a dedicated protocol is inbuilt and can be established via an IP network.

The 4K UHD screens are connected to speakers mounted in the ceiling, which form a sound cloud underneath.

Potential audio syncing issues at the exhibition are avoided thanks to the freerun-sync mode embedded in the UHD player firmware, which enables videos to begin simultaneously and then operate in freerun mode.

From Night Mode to Northern Lights in the Ceiling, Avio Easily Manages the System

The decentralized control system connects devices via a drag-and-drop mechanism. If one device goes down, only affected connections are interrupted, meaning the rest of the system isn’t impacted at all.

An AV Stumpfl ioBox Relais turns power on and off across the building for a “night mode” option, while a remote control can activate specific parts of the exhibit.

LED Strips in the ceiling call to mind the Northern Lights and are controlled by ioBox DMX controls.

“Iceland has a strong design tradition, and this inspired our approach to deliver an impressive exhibition which uses technology to highlight the world around us,” says Rafn Rafnsson, technical director at Tales from Iceland.

Read Next: Control System Programming vs. Software Development: Is there a Difference?

“Visitor feedback has been very positive and as a clever and simple solution, Avio has been an integral part of making the exhibition so well-received and in keeping with Iceland’s design heritage.”