The Bay City will never again seem the same once it’s been experienced through The Flyer – San Francisco at Fisherman’s Wharf’s Pier 39.

The new flyover theater attraction gives both tourists and locals alike a bird’s-eye view of the city using cinematic artistry and HD film footage captured with the help of drones and helicopters, and blended with computer-generated imagery.

As spectacular as the video is, though, visitors may be even more dazzled by the attraction’s audio, thanks to a soundtrack played back through a high-fidelity sound system from L-Acoustics.

The soundtrack and sound effects were written, created and produced by Mathieu Vachon, audio director for Triotech, the Québec-based company behind The Flyer – San Francisco.

The show follows a fast-paced point-of-view narrative that both documents the city and brings it to life using the same jib, track, drone and other types of cameras employed by Hollywood blockbusters.

The sound had to be big to match, said Vachon.

“The soundtrack is extremely dynamic and exciting, and it also follows the emotions of the film very closely,” he said. 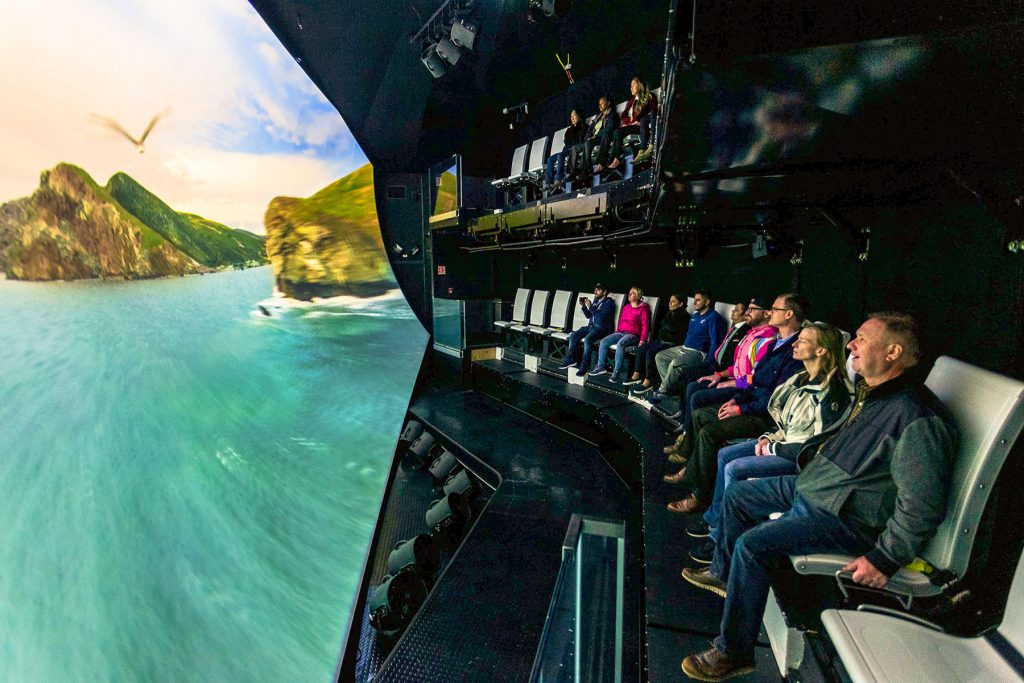 “Once we were finally on site at Pier 39 and I heard it played through the L-Acoustics sound system, I thought, ‘Wow!’ It was even better than in the studio,” he said. “The score is huge and orchestral, and these loudspeakers make it feel so alive.

“The highs are crisp and clear, and the subs deliver a nice solid low end. Combined with the video, the final result is breathtaking, and the L-Acoustics system is a big part of The Flyer’s success,” said Vachon.

At The Flyer – San Francisco, three coaxial L-Acoustics X12 loudspeakers are positioned in an LCR array across the front of the attraction’s theater, behind its 1,100-square-foot (50 feet x 22 feet) screen.

Two rows of 5XT speakers are mounted on the rear walls for the surround elements—one pair per side, covering and upper and lower seats—while four SB18 subwoofers compete the 5.1 system, which is powered and processed by two LA4X amplified controllers.

When The Flyer experience begins, 28 seated guests, suspended on an active-motion platform, embark on an immersive, high-definition “flight” through some of the Bay Area’s most iconic landmarks and neighborhoods, including the Golden Gate Bridge, Alcatraz, Coit Tower, Marin Headlands, Chinatown, the Castro and more, propelled by Vachon’s energetic score brought to life on the L-Acoustics sound system. 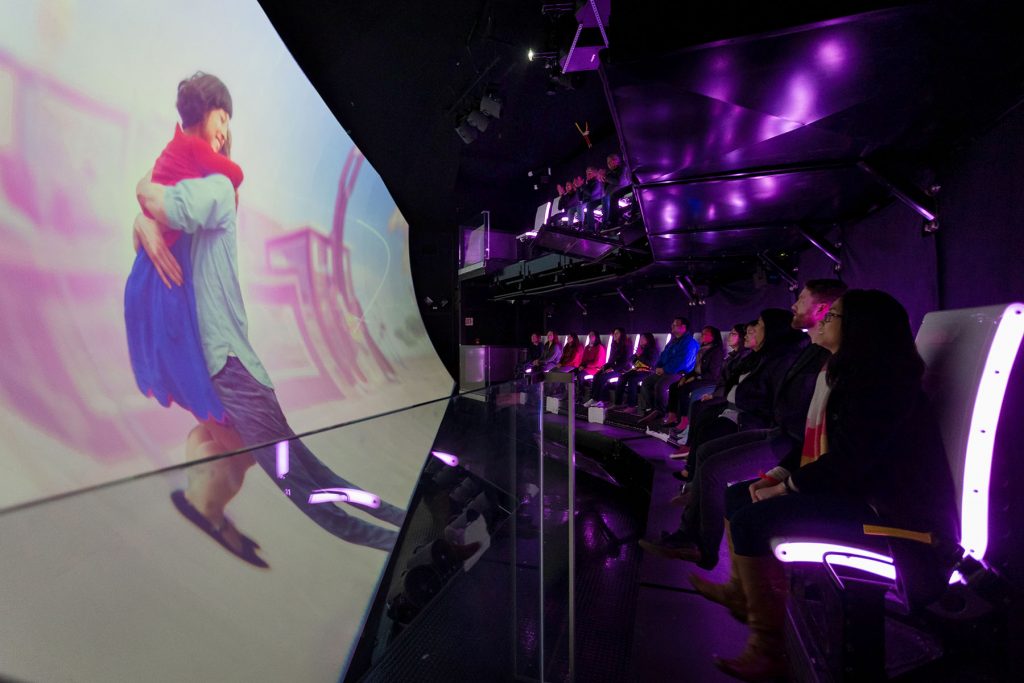