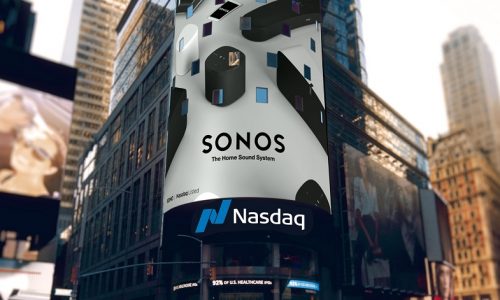 Silicon Valley can be a ruthless place.

It’s a historically competitive environment full of giant companies producing some of the world’s most innovative technologies. In addition to a huge concentration of pro AV integrators in California, there are also many products being made out there on the West Coast.

Two of those companies are Google and Sonos, who find themselves in a legal spat.

Sonos is now suing Google in two federal court systems, seeking damages and a ban on the sale of Google’s speakers, smartphones and laptops in the U.S., the New York Times reports.

According to the Times, the issue stems from 2013, when Google agreed to design its music service to work easily with Sonos’s home speakers. That deal included Sonos handing over the company’s speaker blueprints to Google.

Now, Sonos is accusing Google of infringing on five of its patents, including features that let wireless speakers connect and synchronize with one another.

Per the report, Sonos’s legal action comes after years of growing dependence on Google and Amazon, which Sonos claims used their leverage to gain advantages over the smaller company.

“Sonos advertises its speakers on Google and sells them on Amazon. It built their music services and talking virtual assistants directly into its products. Sonos workers correspond via Gmail, and run the business off Amazon’s cloud-computing service.

Then Google and Amazon came out with their own speakers, undercutting Sonos’s prices and, according to Sonos executives, stealing its technology. Google and Amazon each now sell as many speakers in a few months as Sonos sells in one year.”

In a statement reported by the Times, Sonos CEO Patrick Spence said his company couldn’t continue to roll over and let Google and the rest of Big Tech pet its belly.

“Google has been blatantly and knowingly copying our patented technology,” he said. “Despite our repeated and extensive efforts over the last few years, Google has not shown any willingness to work with us on a mutually beneficial solution. We’re left with no choice but to litigate.”

According to other reports, Sonos is finally acting on an issue that’s both unspoken and rampant in Silicon Valley.

In a report on the lawsuit, The Verge said devices made by smaller companies are now expected to be compatible with digital assistants like Alexa, Google Assistant or Siri, forcing smaller companies to work for Big Tech rather than collaborate for the betterment of customers.

The publication also noted the timing of the announcement, which coincides with CES 2020 in Las Vegas.

I’m not especially qualified to tell you with who you should do business. In some ways, how Google, Amazon and Apple do business can be defined as both tactful and cutthroat, while others will say they’re the most well-run businesses in the world.

But these companies have an incredible amount of power, so smaller businesses may want to protect themselves when they do business with Big Tech.