Carmel-by-the-Sea isn’t your typical California communityy — it isn’t even a typical one in general. There, most of the 4,500 residents (and former Governor Clint Eastwood) are highly-involved in the decision making process. Noted for its odd policies — like no street signs — the city wanted the latest streaming technology to keep informed during city council sessions.

And we’re serious about those uncommon policies: minimal night-time lighting, no high-heels on the beach regulation, pro-nature guidelines. Carmel-by-the-Sea even had ice cream cones banned for a while. So the public was definitely… involved with policy.

For the last seven years, council meetings have been live streamed for residents’ convenience.

The city realized they needed to upgrade their entire IT facility from SD to HD, especially their 20-year-old AV systems. Other priorities included revamping their content management system and web site. 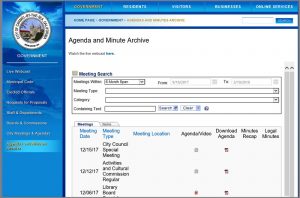 Since the city’s entire IT operations, including the streaming technology, were handled by a single person, ease of set up, maintenance, and operations were of primary importance.

The Monarch HDX encoder also worked well with the city’s chosen agenda management solution, NovusAgenda, and the Novus video server. (The previous encoder not being compatible with the Novus solution was another reason for replacing the encoder.)

A clerk or staff creates an agenda and supporting documents for the city council meetings, as well as internal board- or council-level meetings, via NovusAgenda. 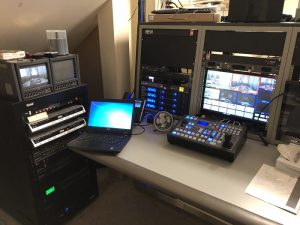 When the meeting commences, the Monarch HDX appliance is started automatically, and stopped at the end, without operator intervention. This is made possible by using the Monarch HDX’s API to integrate with NovusAgenda.

In the midst of automating their streaming technology by using microphone-followed camera control, the city currently has four PTZ cameras that send signals to a production switcher, which provides HDMI input to the Monarch HDX H.264 encoding appliance.

Monarch HDX encodes the signals and streams them to the Novus video server, which delivers them as live webcasts through the city’s web portal. Monarch HDX also simultaneously records them in MP4 format to an SD card.

The city is able to upload these recordings, at a higher quality than the stream, to their web portal within an hour of the conclusion of the meetings. Chapter points that reference the agenda enable users to click through the links in the video and skip to points of interest.

Read Next: 3 Questions with Matrox: Quality Streaming is Better for Business

The city’s Sunset Cultural Centre, a beautiful venue for music concerts, will soon be equipped with another Matrox Monarch HDX encoder for recording the performances. 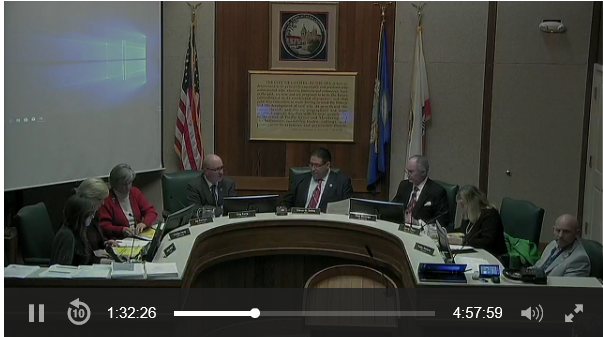 Feedback on the System

Staker says, “Matrox Monarch HDX has been fantastic. We now have a high-quality encoder that is easy to use, integrates nicely with our agenda management solution, and meets our entire streaming and recording needs. This appliance has proved to be ideal for our single-staffed IT operations.”