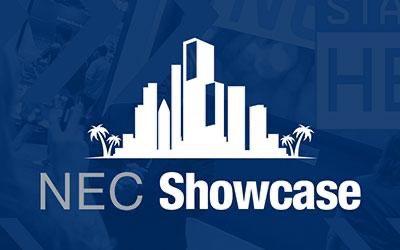 Citing “the safety, health and well-being of our customers, partners and employees,” NEC Display Solutions officials joined the growing list of AV industry events to either be canceled or rescheduled when it scrapped its NEC Showcase scheduled for March 11 in Tustin, Calif.

NEC has not announced the dates or locations for future NEC Showcase events, but said in its statement about this week’s cancellation that it “hope(s) to return to the area to host a similar event in the future.”

The NEC Showcase is the latest—but likely not the last—AV and security integration industry event to be affected by the spread of and concern about the coronavirus across the U.S. and around the world.

Organizers behind several other industry shows—including Digital Signage Expo and NAB 2020—say their shows in Las Vegas will go on as scheduled. The March AV calendar also includes the PSNI Supersummit in Houston, Enterprise Connect in Orlando, Fla. and an Almo E4 Experience stop in Washington, D.C., among others.

Here’s NEC’s full statement about the cancellation of the March 11 event:

NEC Display Solutions holds the safety, health, and well-being of our customers, partners, and employees in utmost priority. With these values in mind, we have decided to cancel the showcase planned for Wednesday, March 11th in Tustin, Orange County, California.

This decision was not made lightly, and it was the result of careful consideration and listening to our partners and end users who planned on attending. We thank all of those who have shown interest in the event and supported us.

We hope to return to the area to host a similar event in the future.