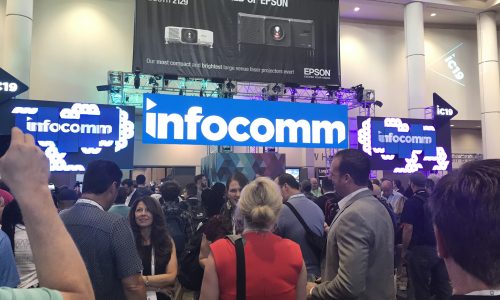 Related: All Eyes on InfoComm, Other AV Events as Tech Events Modified or Cancelled Due to Coronavirus
Reed Exhibitions, producer of ISC West, announced Friday the event will be postponed due to concerns over the expanding coronavirus outbreaks.

The security industry event, which attracts more than 25,000 attendees, was scheduled for March 17-20 in the Sands Expo Center in Las Vegas. Several vendors, including large manufacturers and systems integrators, had canceled their plans to exhibit at the show.

This marks the second major integration industry event to be scrapped this week. Almo Professional A/V yesterday announced it had canceled the Santa Clara, Calif., stop on its 2020 E4 Experience tour set for next week.

Reed said it would announce the July dates for ISC West at a later time. The company released the following statement:

“We at ISC West want to express our concern for everyone impacted by the COVID-19 coronavirus.

“Based on our close monitoring of ongoing developments with the virus, recent reports from public health officials and extensive consultation with our partners in the global security community, ISC West, scheduled to be held March 17-20, will now occur in July at the Sands Expo Center in Las Vegas (dates to be announced soon). We take pride in offering vital business opportunities to our customers, including networking, education and access to new products and technologies, and commit ourselves to making July’s ISC West 2020 event live up to high standards.

“Over the coming weeks, along with ISC West’s Premier Sponsor SIA – we will continue to serve the industry, creating ways to connect, collaborate and keep our world moving during this difficult period.”

“This is not a decision we have taken lightly,” said Reed Exhibitions group VP Will Wise in the company statement.

“Our customers, partners and staff have worked diligently to create an ISC West experience for the industry across converged security innovations, public safety best practices and strong community collaboration. It is imperative that we maintain our commitment to prioritize the health and safety of everyone involved with ISC West,” he said.

“Reed Exhibitions would like to express sincere gratitude to all exhibitors, partners, attendees, suppliers, media and staff, in addition to our Premier Sponsor SIA, for their support and communications during this challenging time and we look forward to welcoming the global security and public safety community to Las Vegas in July,” Wise said in the announcement.

In addition to ISC West, now occurring in July at the Sands Expo Center in Las Vegas, ISC East will occur as scheduled Nov. 18-19 at the Javits Center in New York City, along with Premier Sponsor SIA and in partnership with ASIS NYC.