It’s 2020 and we don’t have flying cars yet, but we could soon see a day when any surface can be transformed into a touchscreen. 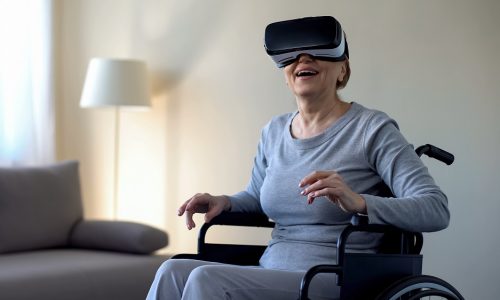 Related: VR Is Being Designed for an Aging Population Because It Can Help Them

A new type of ultrasound technology from UltraSense Systems promises to make a touch-sensitive surface out of just about any common material – metal, glass, wood, plastic – which could open up a number of new ways to interact with our gadgets.

UltraSense Systems says its ultrasound system-on-a-chip (about the size of a pen tip) is cost-effective, ready to be incorporated into consumer devices in 2020, and potentially able to create a “paradigm shift” for touch interfaces, according to a New Atlas report.

These ultrasound chips – essentially using tiny sound waves to detect the presence of a finger press – can work through any thickness of material, according to UltraSense Systems, and aren’t put off by moisture, dirt, oils or lotions.

“We have seen a shift in the way we interact with our devices, where digital has replaced mechanical, and the move to virtual buttons and surface gestures is accelerating,” Mo Maghsoudnia, founder and CEO of UltraSense Systems, said in a press statement.

“The use of ultrasound in touch user interfaces has not been implemented in such a novel way until now,” said Maghsoudnia.

Touch interfaces could be added to smartwatches and AR/VR gear, says Maghsoudnia, or they could be used to enable one-touch access to a car – you just press against the handle and away you go. Touch-sensitive buttons could also be built into steering wheels inside vehicles.

The UltraSense Systems sensors can operate with little power and without putting demands on a separate processor, the manufacturer says. They can also work if users are wearing gloves or if gadgets are covered up, apparently, and they’re able to detect the force of a press too.

A similar sort of technology is used in ultrasonic fingerprint sensors like those fitted in the Samsung Galaxy S10 and the Galaxy Note 10, though in the case of those phones, the ultrasonic scans are used to map out the contours of a fingerprint as well as detecting a press on the glass of the display.