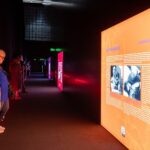 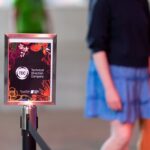 Sydney announced the return of its uniquely Australian celebration of Summer with a line-up of artists’ work at Sydney Festival. TDC (Technical Direction Company), provider of event and entertainment technology solutions and sponsor of Sydney Festival, worked on its biggest involvement yet in the preeminent city-wide celebration of culture, creativity and live performances. Here, its team of technicians will provide creative-design technology and projection-mapping expertise for the Festival.

The team thus will work at multiple events across Sydney from January 5 to 29 January 2023. This includes Festival highlights featuring iconic feminist Frida Kahlo and the mythic new opera epic, Antarctica.

TDC is supporting numerous Sydney Festival experiences, according to a statement. Some events include the emotive re-awakening of the spirit in VIRGIL: AWAKEN held looking across the shoreline and at the precious island Me-Mel (Formerly Goat Island). TDC is also working at Barangaroo Reserve and for the projection of Dyin Hura (Women’s Place) on the façade of the oldest surviving public building, Old Government House in Parramatta Park.

Chris Fitzgerald, TDC technical project manager, remarks, “We are very excited to be a Sydney Festival partner once again in 2023. Organizing and coordinating our sponsorship of Sydney Festival required extensive site surveys, scheduling, dealing with weather changes and attention to detail. It also gave us a unique opportunity for us to work in collaboration with some leading artists from all over the world using the latest projection-mapping techniques and LED technology. We are proud to be involved and can’t wait to see audiences react to the wonderful experience.”

The team looked to provide visitors at the Sydney Festival with the most incredible immersive experience and continue TDC’s commitment to sustainability. For this, the company thus deployed the latest addition to its inventory, the Barco G62-W11 laser projector. Per TDC, this projector operates on a fraction of the energy used in lamp-based counterparts.

Michael Hasset, founder and managing director, TDC, adds, “We worked to a specification and used over projectors that were reliable, and gave considerable brightness.”

Frida Kahlo: The Life of an Icon

For the first time in Australia, a unique biographical exhibition allows you to better understand Frida Kahlo, the woman whose perseverance, rebellion and talent placed her eons ahead of her time.

According to a statement, the Frida Kahlo Corporation and the renowned Spanish digital arts company, Layers of Reality, co-created this event. The multi-sensory experience features nine transformational spaces. This ranges from collections of historical photographs and original films to captivating holography and 360-degree projections. It also features a virtual-reality system that will transport visitors inside Kahlo’s most famous works. Here, the team rigged the Barco G62-W11 laser projectors by a bespoke TDC system and played it back using the latest high-powered media servers.

“There are seamless floor and wall projections and unusual projection surfaces which took around a week of installation to set up and install,” Fitzgerald explains. “In creating the project, we worked closely with the Frida Kahlo Corporation and Layers of Reality to deliver a quick turnaround in a matter of weeks. We opted for laser because the technology lifts the color and resolution of the projections; and does so with a reduction in energy consumption.”

“Our clients are looking for greener, more energy-efficient technology and TDC [delivered] that for Frida Khalo. Compared to lamp-based projection, laser-projector technology uses much less cooling. They [also] have less moving parts and are a more robust system. Also, the longevity of laser is far greater and the image produced is very uniform and stable,” adds Drew Ferors, head of technical services at TDC.

The opera’s fascinating musical palette is amplified by the sounds of the Southern Ocean and the Antarctic itself. The LED screen functions as as a set piece as well as an animated display. As a result, performers can enter and exit the stage through walkways created within the screen.

Francis Smith, technical project manager, TDC, comments, “Antarctica is a fantastic immersive experience for which we adapted an installation from the debut performance in The Netherlands.  The screen sits in front of the scaffolding with elements of the set emerging onto stage through cut outs. Not only did the screen have to perfectly accommodate the cut outs; the design specified there would be nothing to physically connect the screen to the scaffolding.”

Smith adds, “We elected to design using the new ROE BQ4.6 as it was the strongest and sturdiest for a screen that size and that weight. Having the vertical bracing built into the LED panels themselves helped with structural integrity. [It] thus [kept] everything safe for performers and audience alike.”

Click on “View Slideshow” for images of the Sydney Festival 2023. All photography by Wendell Teodoro.