The popularity of interactive flat panel displays — and interactive displays in general — is growing, according to a newly released study from Futuresource.

Related: Inside an Operation Center’s Switch from Desktops to Video Walls

Specific vertical markets such as the education and corporate categories experienced the highest levels of popularity, and by the fourth quarter, Futuresource says 73 percent of all display sales were interactive flat panel displays.

“These providers are leveraging their existing channel and end user relationships and promoting ‘all-in-one’ meeting room solutions. The volume of interactive displays sold into the corporate market expanded over 30 percent in 2017.”

Futuresource says the 48 percent compound annual growth rate (CAGR) of the products from 2013 to 2017 is expected to continue, despite the waning numbers of interactive whiteboards, which were the original interactive flat panel display products. 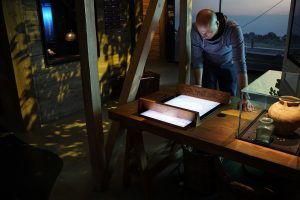 Based on the information its collected, Futuresource says “well over half of sales are now over 70 inches,” and over two thirds of U.S. classrooms now have interactive displays.

Futuresource also points out that previously, at one time the interactive flat panel display category was dominated by the K-12 education market.

Backing up its assertion the corporate market sits as “untapped,” Futuresource says there are 32 million corporate meeting rooms globally, and less than a million interactive flat panel displays installed in these spaces.

“This shift is being driven by interactive flat panel manufacturers moving to new lines with more efficient processes, leading to less wastage and an increased number of panels during production. Also, bezels are becoming narrower, so the actual visible screen real estate is bigger.”