ZeeVee, Inc., has introduced a plug-in module to enable “the world’s first Ethernet switch featuring integrated HDMI connectivity for video sources, including the capacity to distribute uncompressed 4K/UHD and HDR content,” according to a company press release. 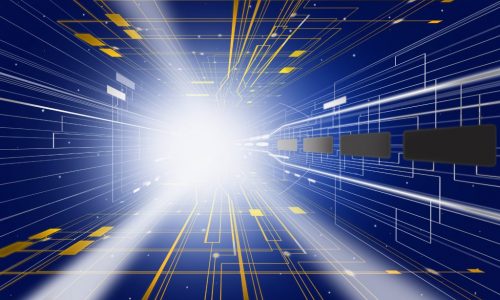 The new ZeeVee ZyPer4K HDMI Module, developed in collaboration with NETGEAR and the SDVoE Alliance, “plugs into the NETGEAR switch chassis, providing a robust solution for industrial, commercial and residential applications,” according to the company press release.

Each ZeeVee module accommodates up to four HDMI sources; multiple modules may be used in the same switch. The NETGEAR switch requires two units of rack space.

“We are proud to continue our close relationship with NETGEAR and the SDVoE Alliance to, for the first time, enable HDMI source connectivity to an Ethernet switch,” said ZeeVee CEO Bob Michaels, in the company announcement.

“This combination of IT and AV at the integrated product level, rather than purely at the infrastructure level, will promote the wider adoption of next generation communications systems,” said Michaels.

“NETGEAR sees the product pairing of our switch and the ZeeVee ZyPer4K HDMI Module as a significant transformation of the AVoIP experience,” said Richard Jonker, VP of SMB product line management for NETGEAR, in the announcement.

“While we see the matrix switch as obsolete, its customizability is a valuable feature we can learn from as we move to a standards-based, interoperable Ethernet infrastructure for AV distribution,” says Justin Kennington, SDVoE Alliance.

“It not only more firmly solidifies the much talked about convergence between AV and IT but makes these systems easier to install and more cost-effective than ever before,” said Jonker.

It also allows designers, integrators or users to simply select the combination of HDMI, copper, PoE+ and fiber M4300-96X port expansion cards that suit system requirements, connect cables from sources or decoder-equipped displays, and switch on the power.

“While we see the matrix switch as obsolete, its customizability is a valuable feature we can learn from as we move to a standards-based, interoperable Ethernet infrastructure for AV distribution,” said SDVoE Alliance president Justin Kennington in the press release.

“NETGEAR took the first step by creating the affordable modular Ethernet switch, and we are not surprised that SDVoE Alliance co-founder ZeeVee added its pro AV expertise to jump to the forefront of the exciting new product category,” said Kennington.

The ZyPer4K HDMI Module will be available from ZeeVee this summer. ZeeVee, an authorized NETGEAR reseller, already offers the NETGEAR M4300-96X.

“Based on the award-winning technology in our HDbridge 3000, ZyPerMX2 enables our channel partners to hit the ground running with a proven, reliable solution for delivering HD content over an IP network,” says Steve Metzger, ZeeVee co-founder and VP, Hardware & Operations. “It is ideal for applications in venues where a two channel encoder is going to offer significant efficiency in cost, installation time and rack space.”

Integrators and end users can communicate directly with the encoder using the built-in web server that provides full access to configuration parameters, control and other features. Once connected to the network, the IP settings on the encoder can be configured automatically by a DHCP server or can be entered manually in static mode.

The ZyPerMX2 can also pass through up to four channels of embedded audio in Linear PCM, MPEG-1 Audio Layer 2 and other formats, making it a suitable AV distribution solution for churches, stadiums and other public venues that need an affordable long-distance audio solution.