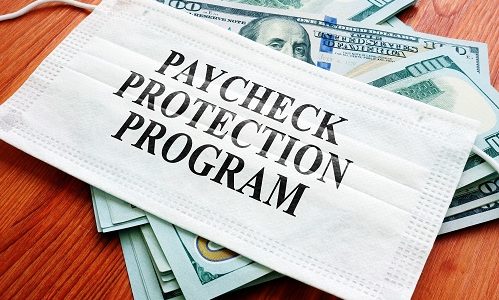 Congressional leaders and economic officials are making one last-ditch effort at passing another round of COVID-19 financial packages that could include relief for your business.

According to media reports, House leaders and administration officials are involved in talks this week aimed at making a deal on a financial package. Both sides want to pass something before the election

That comes as House Democrats are planning a vote on a $2.2 trillion package that includes another round of $1,200 payments to Americans, a revival of the Paycheck Protection Program and funding for state and local governments.

The Paycheck Protection Program was particularly popular among small businesses. It offered payroll loans for businesses with fewer than 500 employees and they could be forgiven if a business met certain employment benchmarks and limited staff reductions.

Treasury Secretary Steven Mnuchin told Fox Business News that any negotiated deal between his department and House leadership would be similar to the CARES Act, the $2 trillion bipartisan relief bill passed in March that started the PPP, sent out stimulus checks and provided an extra $600 in unemployment assistance.

Since the CARES Act, there have been several proposals that have failed to get a vote or pass both chambers as the two parties remain divided on what should be included and how much it will cost.

At this time, it seems like negotiations between House Speaker Nancy Pelosi and Mnuchin will be our best bet at getting some help until after the election.

According to the Wall Street Journal, PPP loan forgiveness is expected to begin late this week or next week after banks had complained about the process of converting the loans into grants.

The newspaper reported that the Treasury expects to approve requests within the coming days. Most loans will be approved quickly, but loans of more than $2 million will take longer.

Earlier this week, Politico reported that no loans had been forgiven at all. The application period for forgiveness opened in August.