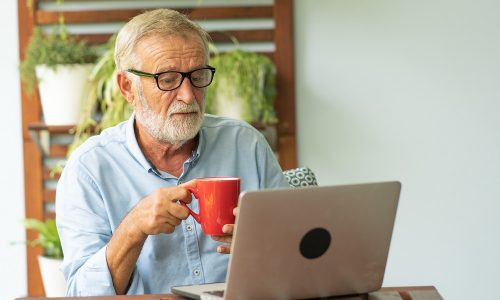 There’s no question that millennials and Gen Z are the most lucrative market for new and emerging technologies like artificial intelligence, automation and VR.

Those generations grew up with the most cutting-edge devices and they want — and need — to be surrounded by gadgets and technology. They expect tech companies to deliver convenient, accessible and connected solutions to their problems.

The pro AV industry has rightly picked up on this trend, as education makes up one of the industry’s largest markets.

However, baby boomers and Gen X are still around, and tech companies and integrators like need to keep them in mind when delivering new products.

At the HARMAN Technology Forum last month, industry experts laid out what the tech industry will look like 2020 and beyond, and according to Fast Company, one of the five key takeaways was that older generations are still technology consumers and thus should still be treated as stakeholders.

Read Next: VR Is Being Designed for an Aging Population Because It Can Help Them

Take cars, for instance. Advanced automotive safety features such as blind spot monitoring and adaptive cruise control are reducing the likelihood of crashes. And more sophisticated emerging technologies such as smart seatbelts—which aim to identify when drivers are having medical episodes—are helping to make driving safer for older people. “The boomers are actually some of the earlier adopters to some of these things,” said Peña-Bickley of Amazon AWS.

“They’re looking to stay on the road longer. And so more assistance in the vehicle and a better experience is always going to sell.”

There’s other evidence that Boomers are increasingly discovering new tech, including some that millennials have all but abandoned.

According to Fast Company, Boomers are the fastest growing group of Snapchat users.

Can pro AV play similar a role in the lives of older generations?

One clear example is in healthcare, which according to AVIXA, represents loads of untapped potential for AV integrators (more on that in an upcoming feature).

Advancements in audio engineering and pixel resolution could help seniors stay more engaged with their entertainment content as they age.

Baby Boomers and Gen X are still around, and as long as they are, companies shouldn’t chase just the tech-savvy millennial or Gen Z. Instead, companies should find ways to market those emerging technologies to those older generations.