When Rashid Skaf took over Biamp as president, CEO and co-chairman on Dec. 1, 2017, he told me it would be a year or so before parent company Highlander Partners dipped its toes into the AV mergers and acquisitions (M&A) market again to add a complementary piece. 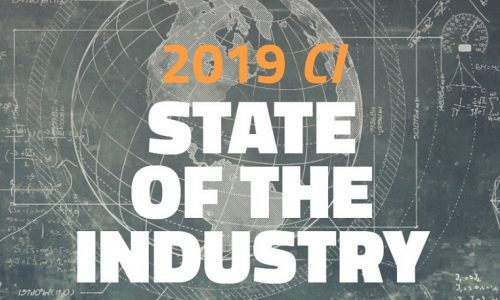 Fast forward to Dec. 20, 2018 and the news Biamp planned to acquire Cambridge Sound Management to give the company a major presence in the sound masking and acoustical treatments market. I guess the “or so” in Skaf’s 2017 proclamation can be roughly translated to 19 days.

And, “if I have anything to do with it,” says Skaf, the flurry of mergers and acquisitions across the AV landscape will continue into 2019 and beyond. He alluded in an interview to plans for Biamp to add AV companies in two other areas to give the company a more well-rounded portfolio of products to offer.

Skaf wouldn’t tip his hand specifically on the types of companies Biamp is looking to add but said the company was negotiating in three areas simultaneously and the Cambridge Sound Management deal happened to be the one to cross the finish line first. He doesn’t expect to have another deal done before ISE 2019 but didn’t completely close the door on that possibility either.

“I don’t necessarily want to be a speaker company. I want to be a company that delivers the best speakers to the markets we deliver to,” he says, pointing to meeting rooms, sound masking, paging as among those areas.

Skaf isn’t at all surprised with the activity we’ve seen across AV for the past few years.

Skaf wouldn’t tip his hand specifically on the types of companies Biamp is looking to add but said the company was negotiating in three areas simultaneously.

“It’s a hot space,” he says. “It’s a space that’s primed for integration. There are a lot of great companies out there that really should be product groups within larger companies [because they] aren’t really set up to be able to take it to the next level.

“All of us hit a tipping point along the way and there are different stages that make it better to be part of a slightly large company. [The flurry of M&A activity in AV is] all natural. It’s the right thing to happen across all sides of this equation,” says Skaf.

Skaf expects “lots more” wheeling and dealing in 2019 and beyond in AV both on the large scale and some smaller-scale deals that he refers to as “tuck-ins.” That equates to companies in the $10 to $30 million range or so.

“This is going to be an active space for a few years to come. It’s interesting to see which companies are out there and who feels they’ve reached their plateau for whatever reason, whether management reasons, sales reasons or integration reasons and when they feel like it’s the right time to move into that next phase.”

And Skaf promises Biamp and Highland Partners will be ready to pounce if he sees an opportunity that’s too good to resist.

“Keep your eyes on this space,” he says.

At this point, would you really want to look away– or even blink? You might miss the next blockbuster deal.