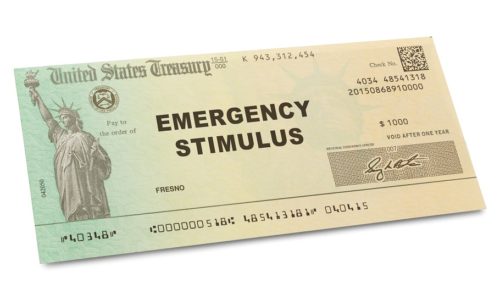 For U.S. integrators and AV workers feeling uneasy about the current state of the economy due to the coronavirus, help is on the way.

The financial package, which dwarfs the stimulus passed to stop the economic collapse in 2008, is meant to reinvest in the nation’s economy and put a stop to the record-setting unemployment being reported.

Under the bill, the Treasury Department will be able to provide loans, loan guarantees investments to industry and corporations hit hard by the pandemic.

Of the $500 billion to keep the economy from totally collapsing, $25 billion is set aside for airlines, $4 billion for cargo air carriers and $17 billion for national security-related companies.

Businesses that receive the loans can’t issue dividends for up to a year after they pay off the loan, and must retain 90% of employment levels as of March 24 through September 30.

More than $300 million is earmarked for small business loans and the bill also allows for payroll-tax deferment so small companies can continue to pay employees.

Read Next: How AV Integrators Adjust to New Business Realities Could Determine Their Role in Post-Coronavirus Economy

The bill includes a boost to unemployment benefits that would add another $600 per week for four months on top of their state benefits. It also includes an addition of 13 weeks of extended benefits to be fully covered by federal government.

It also calls for a new pandemic unemployment assistance program for those unable to work because of the virus.

You can read the bill yourself here.