Every year since 2014, we’ve introduced you to some of the brightest young talent in the AV industry through our annual 40 Influencers Under 40 lists.

But that doesn’t mean those annual honorees are the only young people making their marks across the AV landscape or that the companies they represent are the only ones who are focused on adding young talent from all backgrounds.

Panasonic has been working with the Hispanic Heritage Foundation to help America fulfill its growing and changing workforce needs in several ways, perhaps most notably with the launch of a coding institute at its North American headquarters in Newark, N.J.

The Coding as a Second Language program is a national initiative to introduce and teach Latino youth computer programming.

The program “makes pathways in tech accessible to underrepresented minorities and transform communities by providing access to technology where there is otherwise little available.”

It started in Los Angeles as a pilot program and  has grown to 50 markets across the country.

The Coding as a Second Language programs include six weeks of instruction. Along with a mentoring component, there are follow-ups that offer additional support.

“These connections can lead to industry apprenticeships and full-time opportunities,” according to a recent Panasonic blog on the topic. 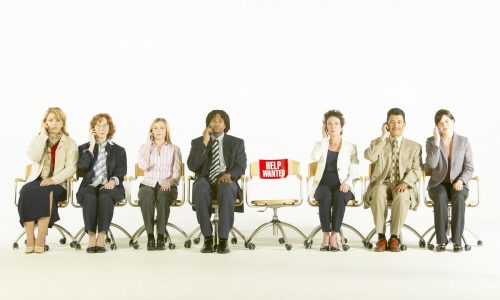 Related: AV Hiring Still Got You Down? Here Are More Ways to Welcome Hard-Working Youth into Pro AV

“Investments made by the Panasonic Foundation focus on incubating ideas and developing public/private partnerships that directly impact students and provide them with the skills and credentials they are going to need to lead fulfilling and successful lives,” according to the company blog post.

I can’t tell you how many young people I’ve talked to who’ve somehow found their way into AV who were disappointed they didn’t know about it as a career option for them much sooner.

Programs like Coding as a Second Language and the Panasonic Coding Institute with support from the Hispanic Heritage Foundation are just the type of programs we need more of as the industry shifts from being dominated by the proverbial old white guys to a mix that’s more representative of the population of the country and the world in this ever-more-global industry.