Today is my father’s 75th birthday—I don’t think he’d mind me telling you that—and I’m going to share a few of the ways he’s influenced me, particularly when it comes to my work life:

1. Pretty much from the first time I got my first paycheck from my job answering the door at our local parish when I was a young teenager, my father has emphasized to me the importance of saving for the future. Heck, that lesson started before I was working but really ramped up at that point. 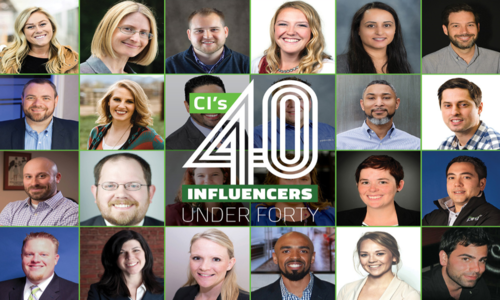 Related: Many More Than 40 Influencers Under 40

As I got older and got into the full-time work world, he’s reminded me every year about how now’s the time to be thinking about life after I retire—which still seems like a long time from now but is obviously getting closer every day.

We talk often about how much I’m putting in my 401(k) and investing in other ways and he’s good about giving me guidance without straight out telling me what to do. I’m sure he has his thoughts on exactly what I should do but he’s careful not to say I must do it, since after all, I’m 46 now.

2. He also taught me a little bit about being a business traveler. When I was growing up, my father was in sales and that meant he spent a lot of time away from home trying to make deals that would help his company make money—and, in turn, for him to reach his sales goals and help our family.

I obviously didn’t understand that part of it at the time. All I knew is that my father was gone more often than he was home in a lot of months and years and that I missed him. While this taught me that I didn’t want to follow in his footsteps when it came to living life out of a suitcase, it helped me in other ways.

I don’t travel nearly as much as he did, but the toughest part for me is always leaving behind my 10-year-old daughter. I remembered on my first business trip that my father never came home from his excursions—no matter how busy he was making deals—without a small souvenir for me.

Because he traveled to a lot of foreign countries, most of my souvenirs were coins, probably some from countries that no longer exist today. I still have most of them today. My daughter usually gets a magnet or keychain or some other small trinket from whatever city I visit.

She’s racked up a lot of Vegas and Dallas swag in the past nine years, as you might imagine.

More of My Dad’s Influence

3. When it comes to presenting myself at the trade shows or conferences myself, I’m often one of the few people in every crowd who still wears a full suit and tie—and that goes back to my father too. It’s a tradition that’s clearly become a thing of the past, but it’s still important for me to do when I can.

I hear plenty of comments about my attire from friends and acquaintances and how I’d be better off without the tie—and probably the jacket, but I feel more put together and prepared for my business appointments that way so I’ll stick with it for now.

It’s somewhat ironic that, after all those years of wearing a tie every day to work or on the road, my father has no use for or interest in ties now that he’s been retired and living on a golf course in Hilton Head Island for a while.

Maybe I’ll feel that way at some point myself, although I picture myself working as a Fenway tour guide or something like that when I’m no longer slaving over a hot keyboard.

Thanks for everything, Dad, and happy 75th birthday!