In the eyes of the world, the term blockchain is most closely associated with cryptocurrency, but that’s missing the mark by a wide margin. Blockchain technology has many practical uses beyond Bitcoin and its ilk — here are some blockchain benefits to your AV business.

So What Is Blockchain Technology?

“To dispel any confusion, think of blockchain technology as a distributed business process execution network for your AV business,” says Carl Lehmann, principal analyst at 451 Research.

“It enables known or unknown parties to do business with one another using shared business processes codified in a common shared software application. It can be used to buy, track, and pay for goods and services.”

Blockchain is an alternative way of enabling transaction execution and building relationships among supply chain members and companies, their customers, and their business partners.

In short, here’s what blockchain tech does:

“This is why the financial service industry is so concerned and enamored with blockchain,” says Lehmann.

“It takes days to process an ACH, which can be done in minutes in blockchain. Right now, though, a blockchain would struggle to handle the transaction volume of an ACH and the financial services industry is working on that.”

In other applications, and in most business processes transacted across various parties, they don’t operate on this scale. It’s the consensus protocols that enable that transaction processing, security, and risk management. That’s what makes blockchain unique.

Blockchain Technology and the Supply Chain

Right now, the companies that are using blockchain are experimenting with various proofs of concept,” says Lehmann. “There are literally hundreds of business case proofs of concept going on right now. 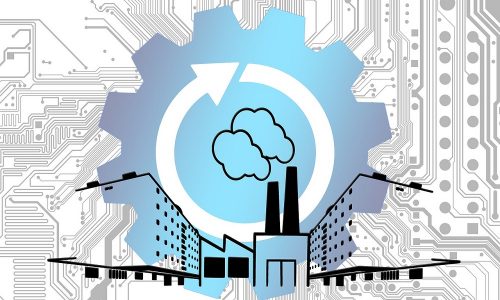 The majority of them — other than the financial markets — revolve around supply chain execution. In my view, the opportunity for blockchain in an AV business environment is as a new means to enable business communities or supply chains.”

One of the challenges is to create a minimal viable ecosystem; that means getting enough parties involved in a blockchain business network to enable effective execution.

For example, you’ll hear about trade finance or global trade and blockchain is used for that due to complexities associated with import/export laws and regulations, bills of lading between logistics folks, government regulations on a global scale and such.

A blockchain can be very efficient to bring together disparate global parties as it enables instant awareness of transactions or changes of state.

That minimal viable ecosystem is, in effect, a supply chain. “To me, companies that want to improve their competitive stance in their market need to look not at their rivals in the industry, but compare their supply chain to their rival’s supply chains in industry,” says Lehmann.

How Can I Introduce Blockchain Technology to My AV Business?

In order to establish a blockchain, the technology needed is basically a blockchain node setup. Each participant in a blockchain business network needs a node. Then you need an administrative function that allows permissions.

Most all of the major IT vendors out there — IBM, Oracle, SAP, Microsoft, etc. — have blockchain initiatives underway. Right now, IBM is the pioneer in terms of enabling the technology and bringing it to market.

All of those vendors, and others, have fundamental version 1 implementations of blockchain technology that typically come from the Open Ledger Projector the R3 Consortium.

What is not offered right now is proof of total cost of ownership or return on investment; it’s still immature.

Many proofs of concept are engaged by companies that are trying to solve unique problems or have discovered that blockchain is a competitive advantage — in both cases they don’t want to share the results.

That will change in the next couple of years driven by vendors as they “productize” their services.

From an IT perspective, blockchain will be offered as a service. You’ll go to the vendors and subscribe to their blockchain service the way you do for cloud and other IT services now.

However, you’ll need to be a participant in a business network, so establishing the minimal viable ecosystem is something you’ll need to do as an enterprise.

Lehmann believes that blockchain will begin to make serious headway in the next two to three years. So the time is now to start thinking of how blockchain can help your organization and customers.

This article premiered on our sister site, TechDecisions