Could there be a new king of the AV mountain? At the very least, we may be on the verge of a $1 billion-dollar AV integration firm—and you might not be surprised, given the fertile M&A market of the past few years, that Diversified is expected to hit the to-this-point elusive mark by some time in 2020, if not sooner, thanks to its latest acquisition.

Diversified acquired Australia’s largest AV integrator, Rutledge AV, last week in a move that gives the company a presence in four continents as it continues its quest to become the first truly global AV integrator, with offices on at least six continents, and maybe a shack in Antarctica for good measure. 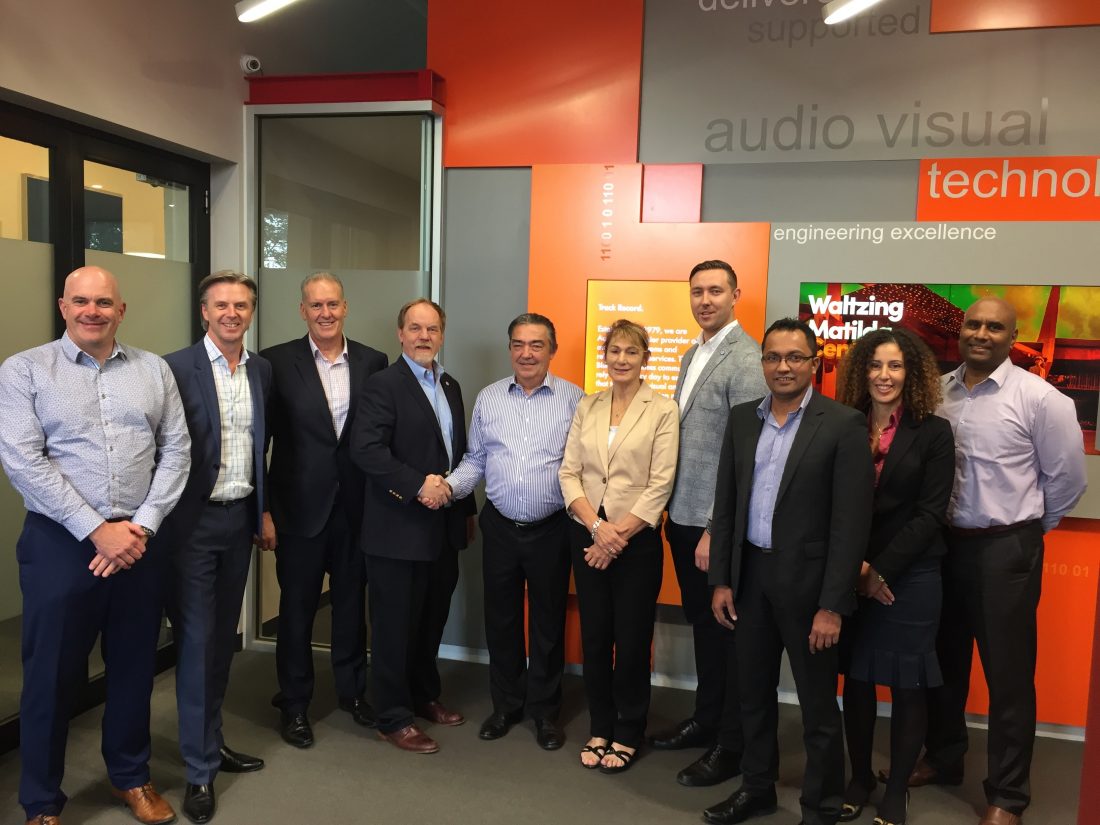 Still, even if Diversified has toppled AVI-SPL from the industry’s perennial perch, founder and CEO Fred D’Alessandro maintains there’s a different B word he’s focused on rather than “billion” or even “biggest.”

“Our mission and vision of Diversified is to be the first global technology solutions provider, not by piecemealing it together with various partners, but to actually have our own brick-and-mortar and employees that share same passion, same drive and same focus we have as an organization so we can deliver to our customers standardization and consistency across the board. Bringing on Rutledge makes this continue to be possible,” says D’Alessandro.

With the Rutledge top-line revenue of $100 million added to Diversified’s $850 million, projections show the new acquisition could help CI’s Integrator of the Year get to $1 billion by the end of 2019.

“With the scale and size and reach of Rutledge, that’s very powerful for us and brings a lot of opportunities,” says D’Alessandro. “When we look at all the acquisitions we make and capabilities we can add on, it’s like a five or six times multiplier.

“We see Australia for us similar to the other acquisitions we’ve done. That’s because of who we are. I don’t think another company could make that statement.”

AVI-SPL CEO John Zettel didn’t comment specifically about Diversified’s revenue projections or which company could eventually be the first AV integrator to break the billion-dollar barrier.

“It is incredible watching the evolution and growth of the many organizations throughout our industry,” he says. “This highlights the mounting importance of the value we create as digital workplace services providers for organizations globally, as technology’s role in all aspects of business continues to increase. Truly an exciting time for all of us.”

Rutledge AV was founded by Michael and Sandy Rutledge in 1979 and has grown to 350 employees in eight locations around Australia. Rutledge’s investment banker contacted Diversified about a year ago, letting them know the company was looking for a new owner.

Australia represented a $2.83 billion market for pro AV in 2018, according to AVIXA research. It is expected to grow at 3.1% compound annual growth rate through 2023, at which point it reaches $3.30 billion. Australia is about 1.5% of the global pro AV revenues, consistent with its share of global GDP.

“In the last five or six years, we’ve had the occasional approach from organizations looking for a quick fix, bolt-on solution that had some synergies, such as large electrical contractors,” says Rutledge AV CEO Andrew Morrice. “They weren’t necessarily good fits for us. 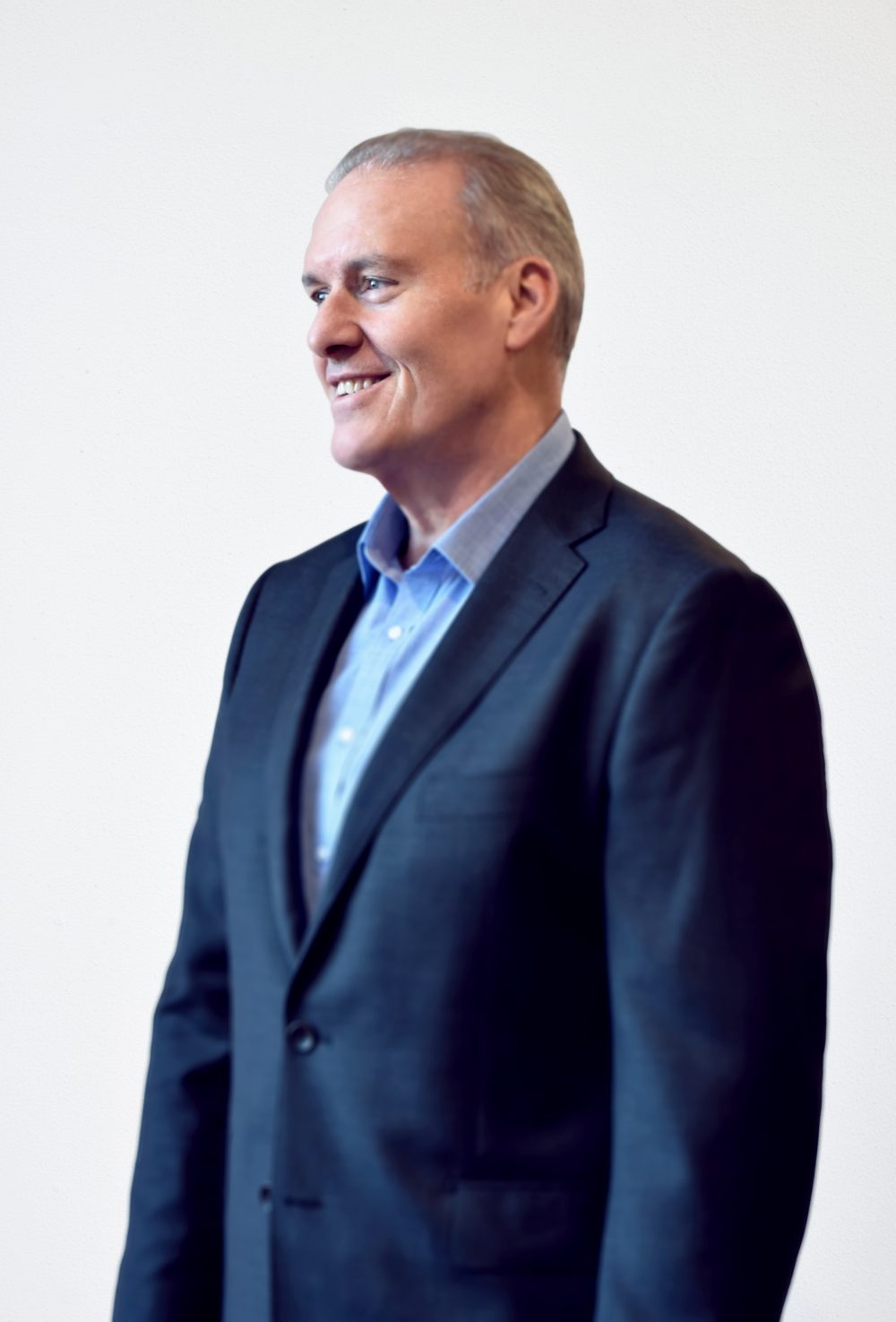 There’s no real opportunity for us to be acquired locally without being one of those bolt-on solutions,” he says.

Sandy Rutledge will step aside from the family business, but Michael, who is almost 70, will remain involved as a director and advisor.

“The timing made sense,” says Rutledge. “There was going to be a time when [Michael Rutledge] was going to have to consider what to do next with the business. He found the perfect home for his life’s work in Diversified. We have very similar expertise. Diversified has a lot more of it.”

Diversified worked with Rutledge as a subcontractor in past, says president Kevin Collins.

“Rutledge is such a large presence in Australia,” says Collins. “We have a deep market penetration in a country we’ve been asked by many of our customers to help them in.”

It should come as no surprise that, when Diversified looked to plant its flag in Australia, it wanted to do so with Rutledge AV as the flag bearer.

“Our M&A strategy is about finding the leaders in the areas where we provide services and Rutledge obviously fits that bill,” says D’Alessandro.

“Their skill sets in defense, government, education and sports fit some of the strengths we have. It’s natural for us to be doing more for [global] organizations.”

Collins sees Rutledge AV as serving as a springboard for Diversified toward more work in Australia and Diversified as a way of helping Rutledge expand beyond its borders. That’s something they’ve struggled to do in the past, says Morrice.

“We look at where we can drive growth into the Rutledge platform with our multinational relationships coming into that market,” says Collins.

“It’s also about taking the resources in Rutledge and projecting Australian customers outside of Australia. We’re pretty excited about what we might be able to do.

“I think we can land a lot of capability anywhere in the world. It just makes it easier to work with us. It’s a platform for growth,” he says.

Diversified’s other acquisitions have triggered “double-digit growth” in the first year after the deal, says Collins.

Diversified has had a lot of experience in the past three years in adding companies of all sizes from myriad geographies to the family, starting with Technical Innovation in early 2016. That’s taught the company’s leadership some lessons, particularly about communicating with employees early. 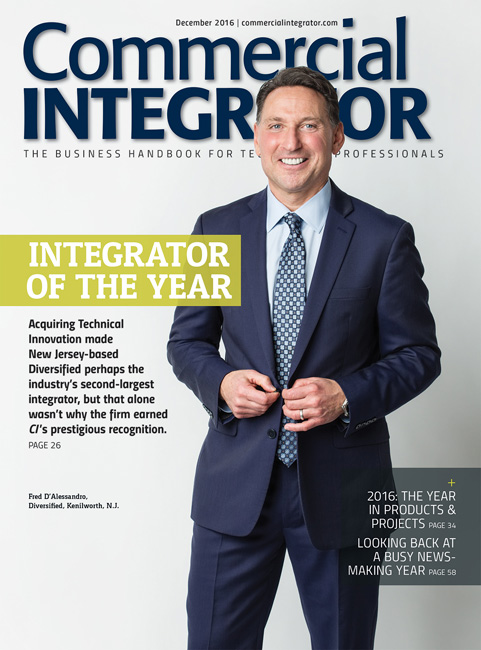 “Each acquisition is a snowflake. You really have to look at the market and the region. We have some core truths and values that are going to be global, but we try to listen as much as we’re sharing.

“If we don’t get out there and try to define that story, others will do it for us and it will create anxiety and unneeded tension We really want to be able to control that message,” he says.

Although Diversified and Rutledge AV officials played “a little bit of James Bond” until the deal was finalized, they took about two months to make sure the message was crafted correctly when it was time to announce it, including creating FAQ sheets and agreeing how to tell employees, partners and clients.

“It doesn’t answer everything, but it definitely calms things down,” says Collins.

Rutledge has made modifications to its brand marks and will be known as “A Diversified Company.” That’s different than how Diversified has handled other acquisitions, says Diversified senior VP of global marketing Anthony Cuellar.

“It makes sense to take the brand they’ve built and incorporate the synergies and learn from each other,” he says.

What’s Next for Diversified

As Diversified continues to expand its reach into new territories, D’Alessandro says he’s happy with where the company is now but expects them to continue being active.

“We’re in the place we expected to be,” he says. “All the acquisitions we’ve made have brought in a multitude of opportunities. The whole vision of what we want to accomplish – I think we’re very close.” 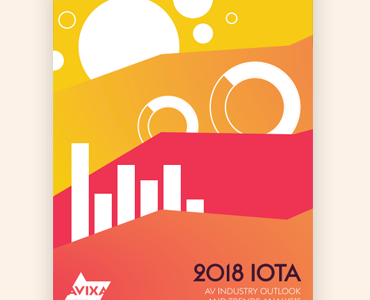 “When you do the first one, you’re in the weeds in most cases,” he says. “Now we get to enjoy bringing these companies under one roof. We know our strategy. Because it’s working, it makes it really exciting.”

Diversified isn’t targeting South America or Africa for its next acquisition just to say it has an official presence there, says Collins.

“We’re going where our customers want us to go,” he says. “We’re not done but we’re not going to force anything. If things make sense, we’re going to do them. This is a moment in the industry where it’s evolving. What we’re seeing now is going to continue.

“This is a unique moment in time. Ten or 15 years from now, you’re not going to be able to do what we’re doing,” says Collins.