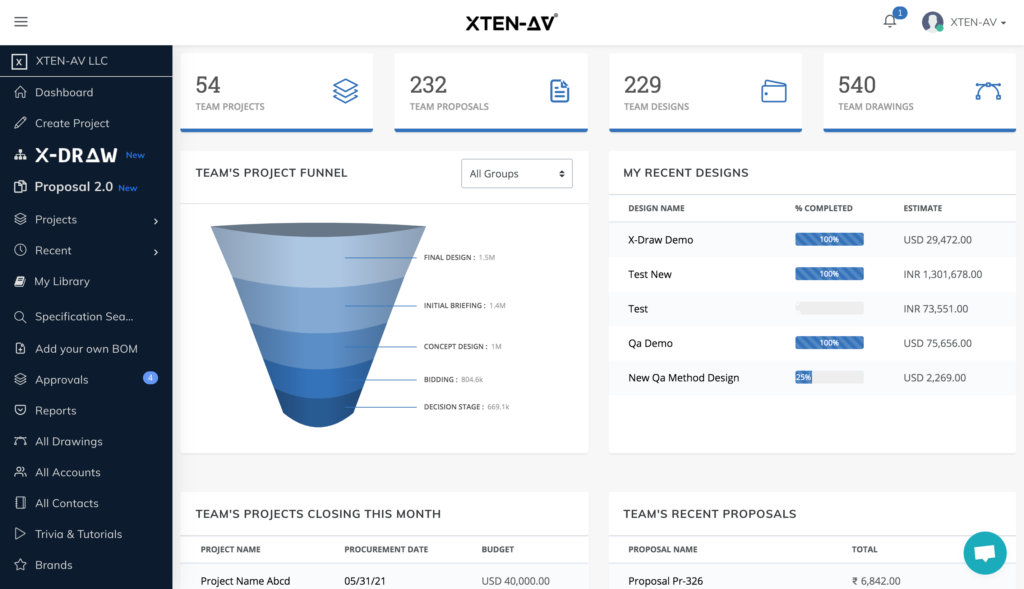 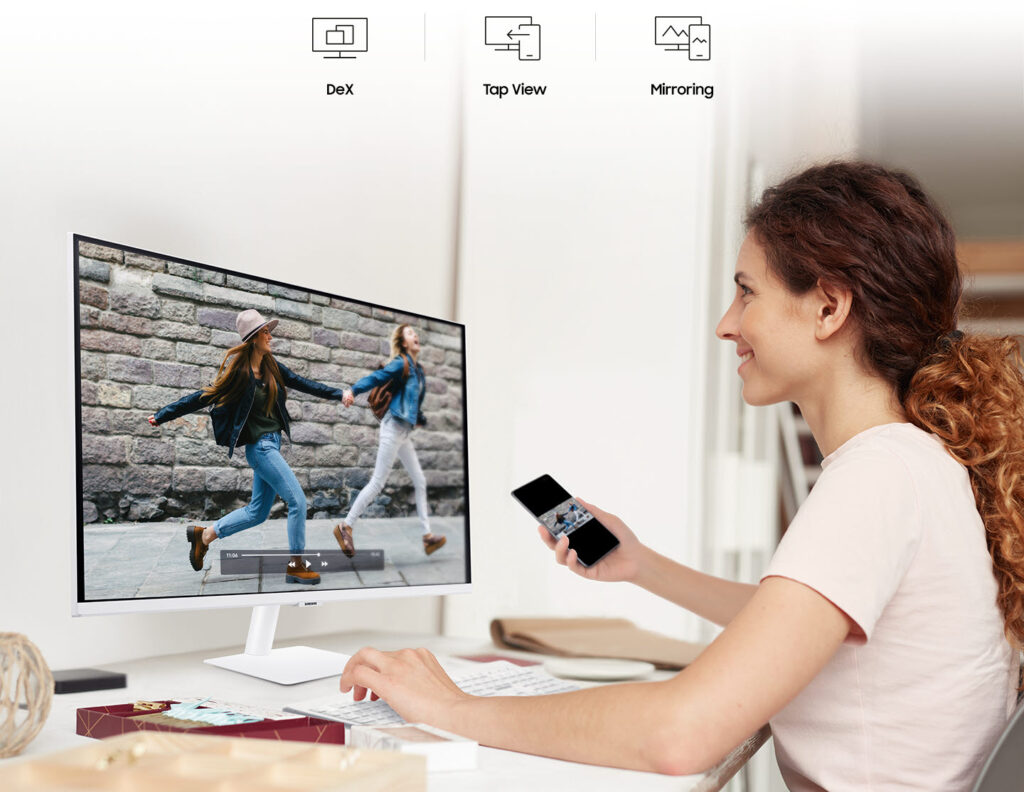 The M5 (FHD resolution) models are now available in a 24-inch and a white color option for the 27-inch and 32-inch displays.

Comprehensive’s Work Anywhere Kits Turn Any Space into a Workspace 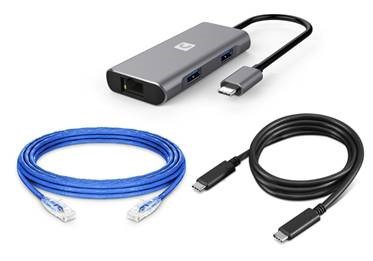 Comprehensive’s Work Anywhere kits are perfect for connecting to USB-C enabled laptops to expand your laptop’s capability and improve productivity whether you’re at home, in the office or in a classroom.

These Work Anywhere kits were designed specifically for use with the latest laptops and compile a VersaHub or VersaDock and the necessary cables into one kit for easy connecting anywhere.

All are backed by Comprehensive’s three-year warranty.

Google and BenQ Invest in Back to School 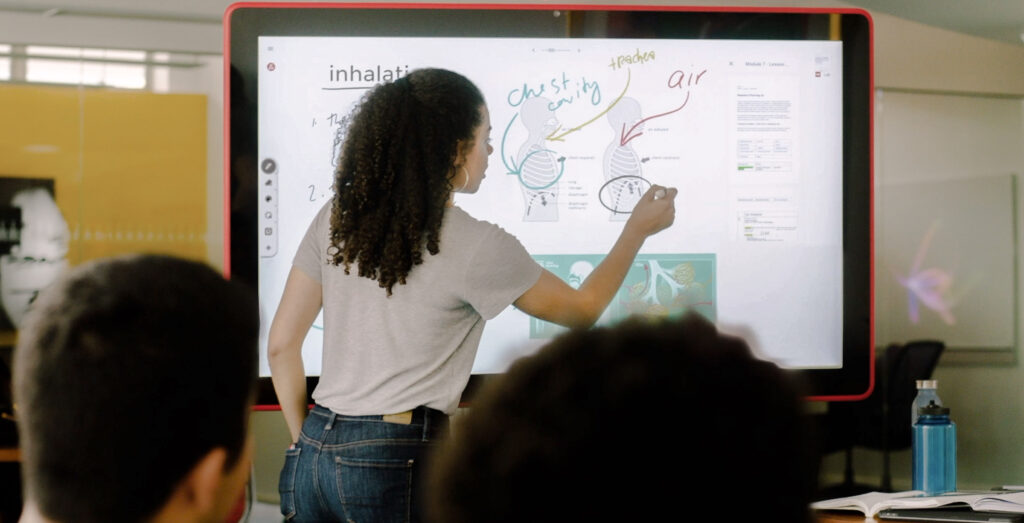 BenQ, the exclusive distributor for Google Jamboard, is helping teachers and students transition into the 2021-2022 school year and adapt to hybrid classroom models.

Now through June 30, the plug-and-play Google Jamboard 4K UHD interactive display is available exclusively through BenQ for $999 and comes with a free Google Classroom license valued at $600 for current Google Workspace for Education customers.

Concept3D this week announced the launch of its latest product, 360° Map, which creates true 3D models for enhanced wayfinding, appearance and functionality.

The structures, grounds and trees in Concept3D’s new 360° Map can be viewed from north, south, east and west. 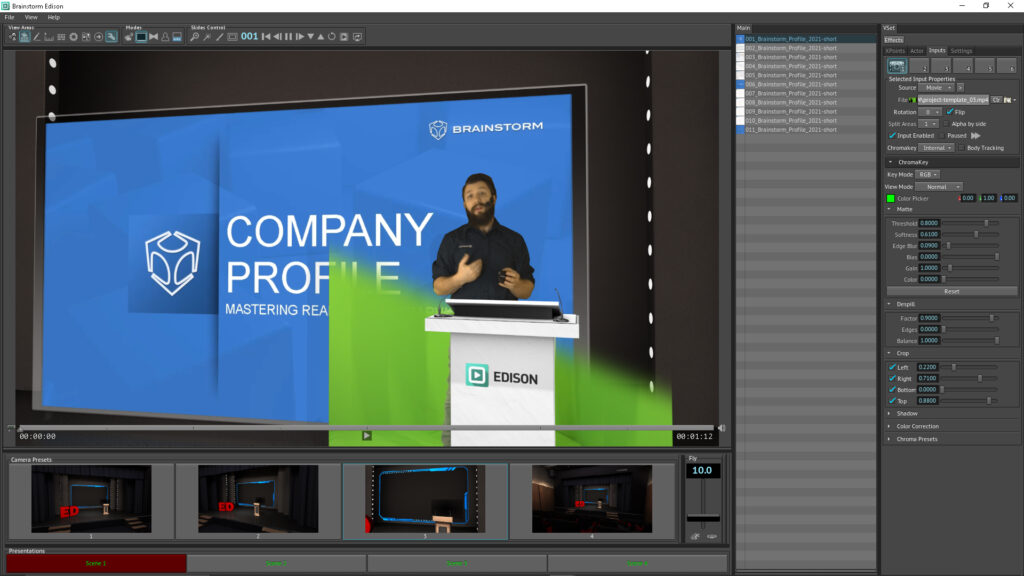 Template-based and requiring no previous experience in graphics, video, image, or 3D object creation, Edison PRO allows users to enhance their speech and storytelling with real-time 3D graphics and other visual aids, as well as including themselves in the presentation.

All they need as a starting point is a Powerpoint file or a PDF.

Based on Brainstorm’s real-time 3D technology, Edison PRO allows broadcasters, corporate, live events, education, houses of worship, influencers, and online content providers to turn a presentation into a complete interactive show through a platform that does not require hardware or a studio setup.

Edison PRO is ready to work out of the box — all that is required is a camera and a portable chroma set to include the presenter in the virtual world with the presentation.

Indiana’s Jeffersonville High School is in a league of its own when it comes to broadcast production for WJHI Radio and TV, rivaling even collegiate-level programs offered by universities around the U.S.

In the last five years, the school has worked up to its elite status, constructing a production studio from the ground up, a new football stadium with a press box and broadcast booth, as well as the most recent addition of a sprinter van.

The goal of these upgrades is to provide students access to industry-standard technology in preparation for careers in broadcast post-graduation, and Clear-Com’s Encore Analog Partyline with IFB was included in this goal from the outset.

Design and implementation of the new facilities was overseen by Jeffersonville High School teacher and WJHI director Tim Dench, who specified Clear-Com in the planning stages.

“I wanted students to interact with gear that’s considered top-notch in the real world,” he said. 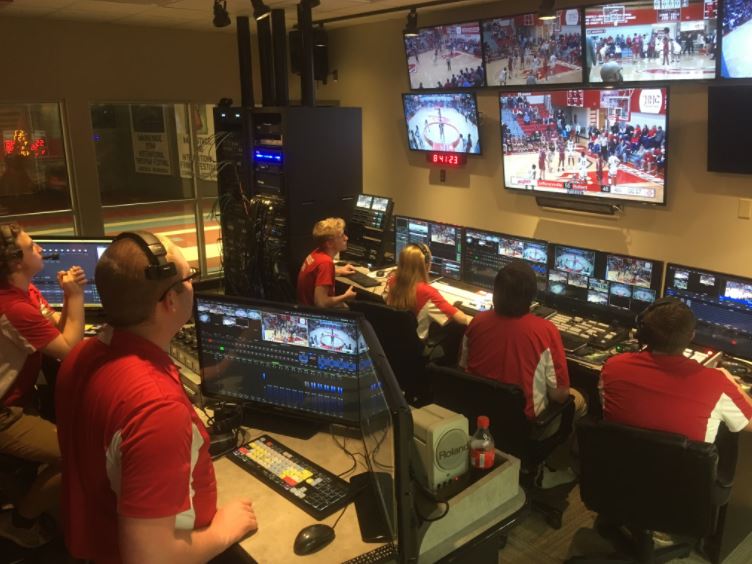 WJHI provides coverage of Red Devils live performance events via a local cable channel, on closed-circuit television around the campus, streaming on the IHSAA Champions Network (run by the state’s high school athletics association), and streaming through the school’s FM radio station.

The current program has 75 students who produce eight to nine live productions in a typical school week, rotating in groups of up to 15 team members per broadcast. They rotate across production roles as well to maximize their learning in each position, including running cameras, directing at the front bench, running graphics or replay, even announcing on-air.

Nearly all of these roles require the use of Clear-Com equipment.

“Overall, my favorite part about being on the broadcast team is that I am building experience that will lead me to more opportunities in broadcast,” said WJHI student Lily Fordrisi. who has worked as a sportscaster, producer and director for WJHI, communicating from the main control room to the sports desk, camera operators, replay operators, graphics and to communicate with talent.

The main control room is a skybox that overlooks the 5,000-seat gymnasium and is next to the 1,000-seat auditorium, and it can connect to the Football Stadium across campus, the TV studio, the radio rooms, Director’s Table, and Sports Desk via the primary intercom system.

The SB-704 main station is rack-mounted and mobile, so it can be transported to the football stadium press box and broadcast booth or to the new Sprinter van for analog partyline communication as needed.

When COVID-19 restrictions around the nation threatened the return of in-person school and spectator sports, the WJHI program barely skipped a beat. Social distancing, frequent cleaning of equipment, and smart scheduling of students have helped keep WJHI moving during the pandemic.

“High school sports are a staple in Indiana and a pillar of our local community,” said Tim Dench. “The Red Devils WJHI radio and TV team has been the eyes and ears of every sporting event since July 2020, despite attendees being unable to support our athletics in-person.”

The training and experience garnered in the broadcast program at Jeffersonville High has already churned out an impressive list of alumni—students have found great success in sports broadcasting careers after being on staff at WJHI, some have even gone on to win national awards and regional Emmys.

“We don’t do video,” said Dench. “We do television. That’s what helps us stand out.  We do it right, we do it live and that’s why the intercom is so, so critical.”

The partyline system is only phase one of Dench’s overall plan. He is already working on the engineering to incorporate Clear-Com IP-based solutions in the near future for phase two.

Christ Fellowship has been on the move since it was founded in 1984 as a small Bible study group of 40 people in Dr. Tom and Donna Mullins’ Palm Beach Gardens living room in south Florida.

Since then, it has grown to become one of the largest churches in America with more than 28,000 in attendance each week at 12 locations throughout the region, plus an online campus.

Most recently, Christ Fellowship added a new temporary “portable” church that meets on Sundays in the 800-seat auditorium of the Suncoast Community High School in Riviera Beach. The new location, which officially opened Easter weekend of this year, features an L-Acoustics Syva sound system.

The new setup not only meets the church’s need for a PA system that can be deployed quickly, but it also provides it with a tool for eventually helping future temporary locations transition into permanent ones.

These are powered by two LA4X amplified controllers, split between the left and right sides of the system, which also power two pole-mounted X12 coaxial delay speakers set up 11 feet high in the back of the room to compensate for the higher elevation of the last several rows of seating.

“The KS21 subs were added because the church wanted a higher low-end output for their worship music; plus, they interfaced well in the amplifier scheme alongside the Syva,” said Nick Geiger, account executive for houses of worship at Diversified, the project’s AV systems integrator.

“It also reflects the fact that they wanted consistency in the sound between all of their locations. It can be set up and taken down quickly and easily, and without the need for specialized infrastructure, because it can run on wall power. Those were very important criteria for the church,” he said.

“We like that we can depend on the fact that we’ll get a consistent audio experience in every location,” he said. 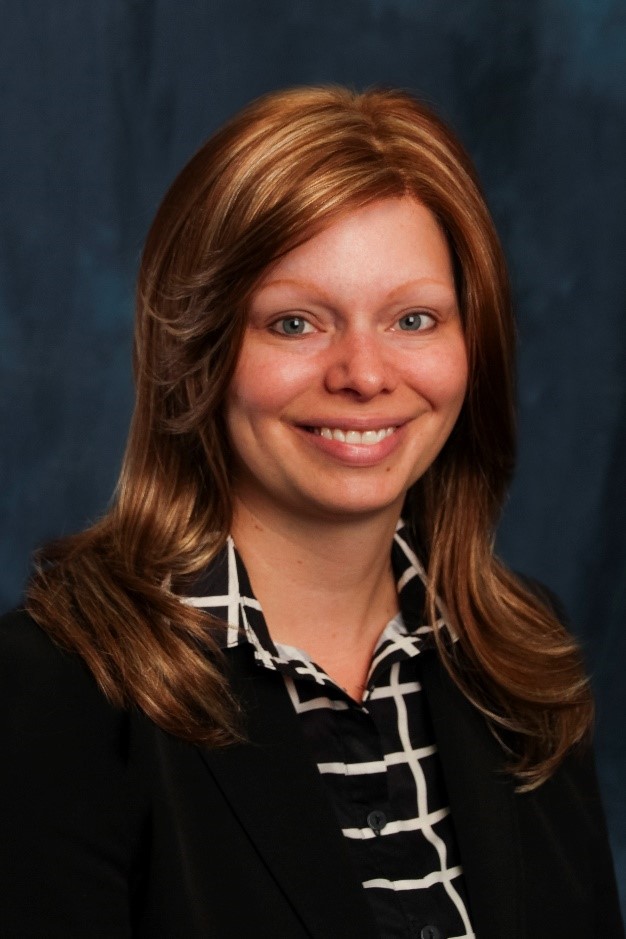 Jacobs has been with the company for 15 years, spending 11 of those years based at Daktronics headquarters in Brookings, S.D.

This will be Jacobs’ second international assignment; her first was to develop and strengthen Daktronics’ service division in Australia. After her four-year assignment there, she will now bring her skills and experiences from that market, one of the busiest for Daktronics, to the European market.

Jacobs is based at Daktronics’s Ireland manufacturing facility in Ennistymon, Co. Clare. 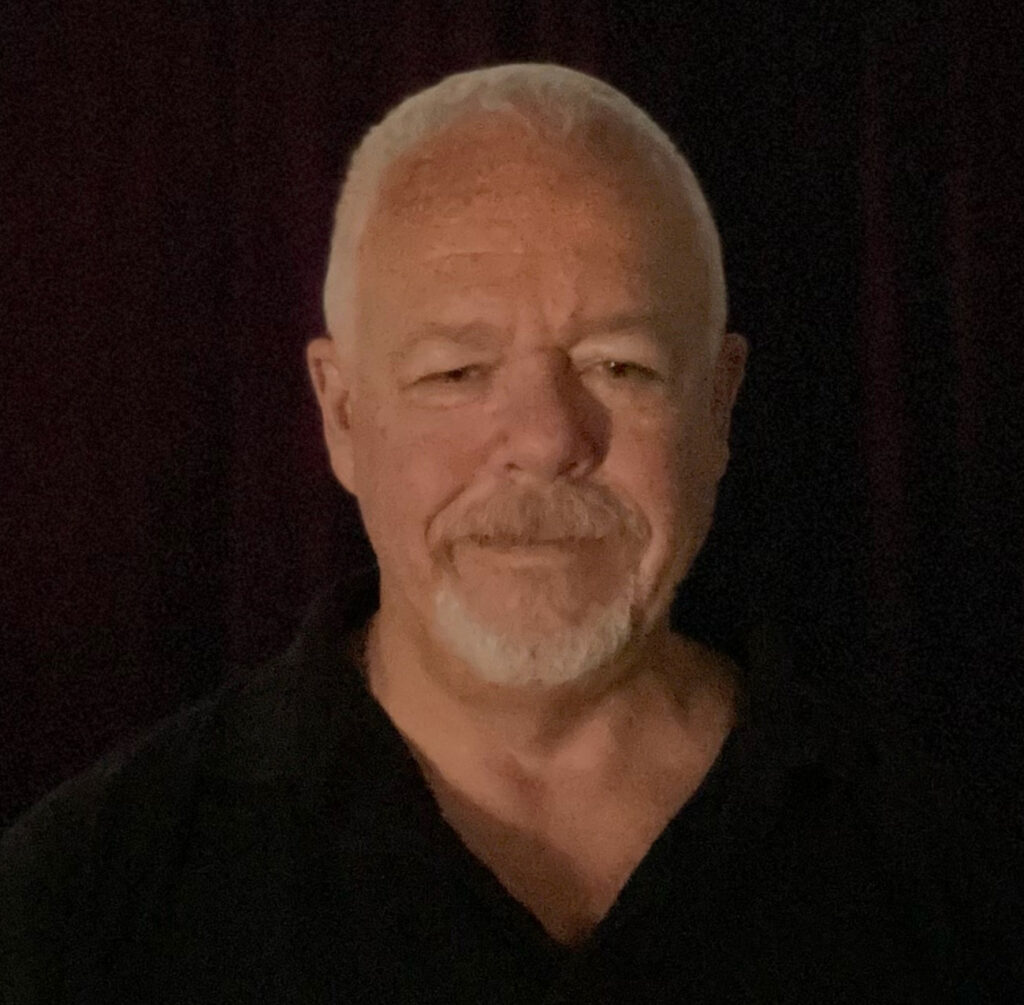 ALT Systems recently announced Richard McKernan has joined the company as a senior account executive, based in Los Angeles.

McKernan brings decades of combined talent and expertise as a professional recording and mixing engineer on projects with music artists including U2, Prince and Stevie Ray Vaughan as well as the Pretty Woman movie soundtrack.

Additionally, McKernan is a founding member of the Entertainment Industry Professional Mentoring Association (EIPMA), an organization that connects industry professionals who volunteer to help individuals pursuing an entertainment industry career. 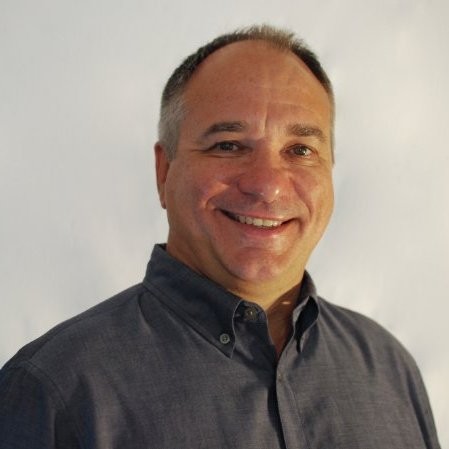 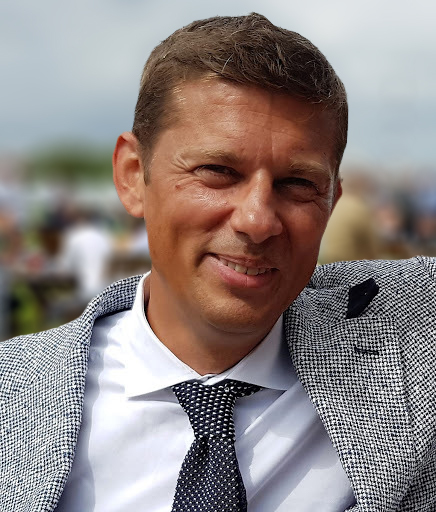 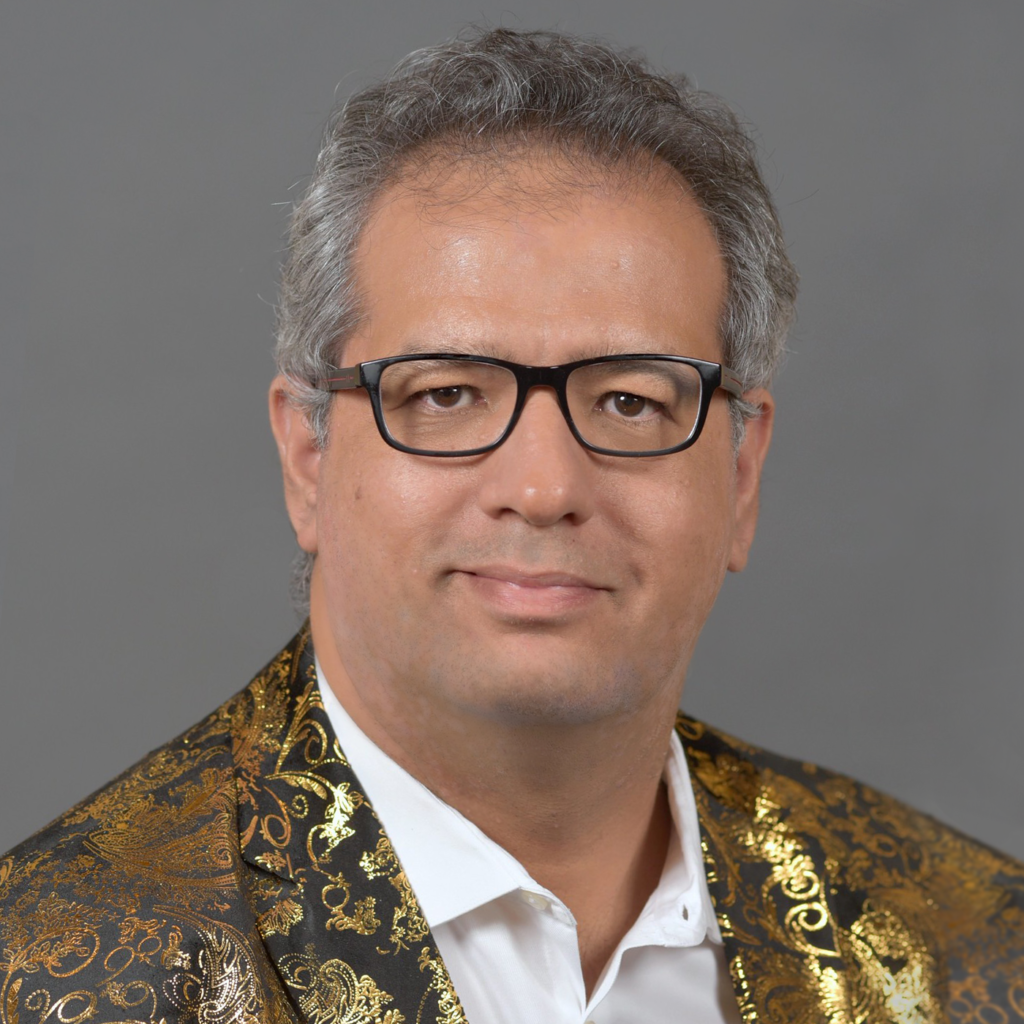 Juan Rubio is joining the team as a new product specialist and evangelist. Rubio’s career has spanned across feature film VFX, AAA Games and enterprise, having worked on movies including The Matrix Reloaded/Revolutions, The Day After Tomorrow and The Watchmen.

He has vast experience working on interactive and real-time projects, while also leading teams and external vendors.

LA-based Brad Rochon is Pixotope’s new VP of sales and marketing. His move follows a 23-year stint at Ross Video, where he held various positions in sales, channel management and product management. In his role at Pixotope, Rochon will strengthen the brand’s U.S. operation through the deployment of company-wide marketing campaigns.

Responsible for leading new global sales and marketing efforts across multiple channels, David Dowling joins Pixotope as chief revenue officer, bringing with him 25 years in the broadcast industry, 17 of which have been spent in sales leadership and general management.