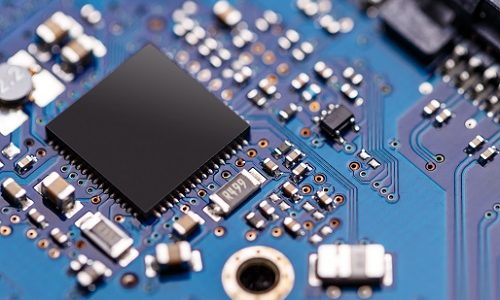 A global shortage in semiconductors for electronics could threaten to impact the pro AV industry, which relies heavily on chips to power devices used in installations.

According to the Semiconductor Industry Association, these chips are in short supply because of strong demand for electronics, which began in the spring with massive shift to remote work.

That forced workers to invest in their home offices with monitors, headphones, webcams, new computers, and gaming consoles for entertainment. That was to be expected, and chip makers generally met demand for remote work, virtual healthcare and distance learning.

However, the automotive industry recovered much more quickly than anticipated, and the demand for semiconductors for the auto industry surged in the second quarter of 2020.

Now, there aren’t enough materials for chipmakers to make enough chips for either the auto industry or the burgeoning tech industry.

Lead times of up to 26 weeks are the norm in the industry to produce a finished chip. Most industry analysts believe the current short-term supply shortage will ease in the coming months as supply adjusts to meet demand.

This is also a big reason why new gaming consoles from Microsoft and Sony have been hard to find, reports CNBC.

AMD CEO Lisa Su, which makes the processor at the heart of Sony’s and Microsoft’s new consoles, said last month that it expects shortages through the first half of the year, at least. “The industry does need to increase the overall capacity levels,” Su said.

To our knowledge, no AV manufacturers have cited the chip shortage as a reason for a decline in production or product availability, but this story is one that we think is definitely worth following.

Giles Sutton, co-interim CEO of residential AV trade organization CEDIA, said in a tweet that the AV industry should keep its eyes on this developing story.

Keep your eyes on the supply chain. Silicon shortages will have ripple effects across all technology verticals. Is your stockroom ready? #CEDIA #ResiAV #AVTweeps https://t.co/hHIvZErGrG

“Keep your eyes on the supply chain,” Sutton tweeted. “Silicon shortages will have ripple effects across all technology verticals. Is your stockroom ready?”

AV device manufacturers are working hard to get back on track, but a global chip shortage will put some things out of their control. However, there are several steps integrators can take to shore up their supply chain, which we outlined in this article.