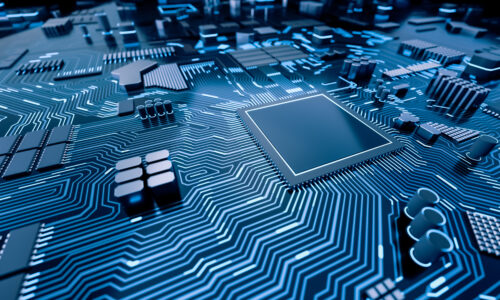 The global chip shortage continues to wreak havoc on tech supply chains around the world. With the issue expected to last well into the new year, it could push component lead times into 2023. However, the shortage, expected to endure through 2022, will not be as severe as the shortfalls of 2020 and 2021 that devastated supply chains, according to a new report from Deloitte.

That means integrators that continue to be unable to receive products in a timely manner should expect that trend to continue for the foreseeable future.

According to Deloitte’s Dec. 1 report, customers in mid 2021 were waiting between 20-52 weeks for multiple kinds of semiconductors, which led to all sorts of problems for manufacturers. However, by the end of 2022, those lead times will be closer to 10-20 weeks.

By early 2023, the semiconductor industry should balance out, the consulting firm said in its report.

Semiconductors are in short supply because of a combination of the increasing digitization of the global economy, a quicker than anticipated economic recovery from the pandemic and a never-ending demand for new technology.

The report also touches on the efforts of chipmakers and governments to increase their production. According to Deloitte, the world’s three largest makers of semiconductors have announced capital expenditures of more than $60 billion for 2021, with more expected in 2022.

Those funds include increasing capacity and building new facilities, including several manufacturing plants in the U.S. On the government side, the report notes the proposed $52 billion CHIPS for America Act, which would help fund domestic semiconductor research, design and manufacturing.

However, those efforts will take time to deliver. Building multi-billion dollar manufacturing facilities takes multiple years, and increasing capacity is also a slow process. However, the tech industry realized the pitfalls of the tech supply chain.

“But it isn’t just automakers and other end customers who care about chip shortages, the entire supply chain cares too,” the report said. “Most supply chains are designed to be consolidated and cost-effective, but they can be brittle as a result. Limited visibility and lack of real-time communication between supplier tiers can lead to a “bullwhip effect” where small shifts in demand are amplified, resulting in high cumulative demand volatility.”

With those lessons learned and chipmaking efforts underway, tech supply chains could be prepared to weather similar circumstances in the future. But for now, pro AV resellers will have to put up with long lead times for at least another year.

When those supply chains recover, the entire tech supply chain needs to watch out for the boom-and-bust cycle—a period of oversupply that results in falling prices, revenues and profits, according to Deloitte.

The consulting firm says that between 1996 to 2021, year-over-year chip revenue soared by more than 20% no fewer than seven times. It also plunged by almost 20% year-over-year five times over the same period, including in 2001 when revenues fell by nearly 50%.