We’ve heard a lot lately about the proverbial “new normal”—a term I don’t love but is easy for people to understand—and how things will be different in the AV integration industry going forward thanks to the aftershocks of the coronavirus pandemic. 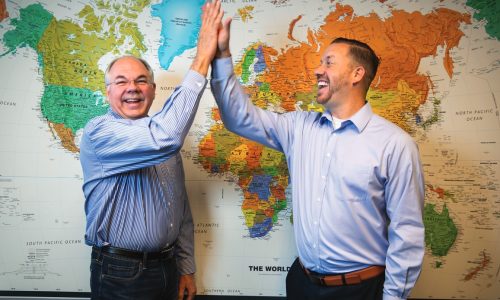 Related: 5 Tips For Succession Planning from GenComm, A Company That’s Done It Right

Much of that conversation focuses on new areas where AV has opportunities to succeed and how integrators will continue to run successful companies in new ways, whether that means with a smaller staff or by focusing more on managed services in addition to installations.

Maybe what more companies should be discussing—and possibly are behind closed doors—is whether this is the time for them to make an even more radical shift in philosophy, with a change in pro AV leaders, either by way of retirement of the CEO or a more uncomfortable forced transition.

Tangram’s Mark Coxon brought up the possibility of this relative downtime for the AV integration industry being “a purge cycle for AV,” noting it could be perfect time for retirements and attrition across the industry “to make room for new blood and new ideas” last week on Twitter:

Will this period be a purge cycle for AV? Could it be the impetus to some retirement and attrition we need to make room for new blood and new ideas? #avtweeps pic.twitter.com/oVS8MnYytK

While some who responded to Coxon questioned his use of the word “purge” because of its inflammatory nature, the overall sentiment makes a lot of sense. We’re in an obvious down time across the AV industry, so why not think radically about what the next stage will be for you?

Business consultant Tom Stimson has told live events pros they’re in the midst of a do-over and they should treat their companies essentially as startups because in many ways, they’ll be starting from scratch once that segment of the AV market picks back up.

To me, thinking like a startup means coming up with the most outrageous, off-the-wall possibilities and trying to match those ideas to a problem that needs to be solved. If your current pro AV leader team is talking about doing the same thing now as in February, it’s time for a change.

As Coxon said when he revised his original tweet with a softer version of his question, this is not about cleaning house for the sake of it or saying the proverbial “old white guys” who are at the helm of many AV integration firms should be let go en masse in favor of recent college grads.

I’m all for the promotion of young talent, as you might imagine because of or annual 40 Influencers Under 40 list, but to me it doesn’t have to be an either/or proposition.

It’s more about having the mentality of boldness and freshness and just thinking more deeply about what your company must do differently now than it was doing before COVID-19 began to spread across the U.S. and around the world.

If your plan for the so-called new normal is to do the same old, same old, I’m not sure you quite understand what that oft-quoted new phrase truly means. This is the time to think differently and do something new.

If that means a change at the top now to help you in the long term, make sure those are the kinds of conversations you’re having now, not when you’re back in the whirlwind of a much more active period for AV.