I knew things had gotten a bit out of hand on the World Wide Web, but I never knew it was quite this bad: the guy who invented it says it’s time for an overhaul. 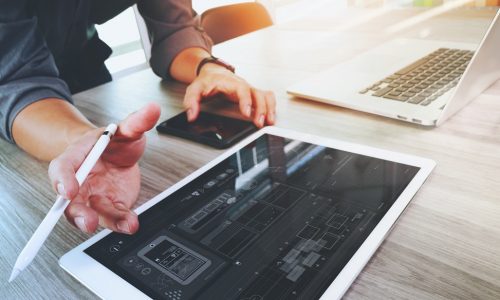 Related: What Your AV Installer Website is Doing Wrong: 5 Myths

Tim Berners-Lee recently rolled out the World Wide Web Foundation, a non-profit campaign group that’s backed by tech giants Facebook, Google and Microsoft and featuring what Berners-Lee calls a “contract for the web.”

The contract calls on companies to “respect consumers’ data privacy” and urges governments to “ensure everyone has access to the internet.”

The British computer scientist first outlined his vision to overhaul organizations’ approach to the internet at the Web Summit event last year. He said at that time the web was “at a tipping point.”

“Never before has the web’s power for good been more under threat,” Adrian Lovett, CEO of the World Wide Web Foundation, told CNBC in an interview Friday.

He added that the rise of hateful content and fake news being propagated online meant something had to change.

“We’re launching the contract for the web for the world’s first-ever global action plan to protect the web as a force for good, bringing together companies, governments and citizens from around the world to say these are the things that need to be done to put things back on the right track,” Lovett told CNBC.

Inside the World Wide Web Foundation

One major component of the pledge is the requirement that “the web remains an accessible tool for all users.”

“Despite the progress we’ve seen in getting the world connected, half the world doesn’t have access,” said Lovett.

The contract comes with nine core principles and a total of 76 clauses, but Lovett says those who sign the contract won’t be as restricted as that sounds.

“Not every organization has to abide by all of them,” he told CNBC. “A good number of those 76 will be relevant.”

The contract “will serve as a blueprint for governments, companies and citizens to safeguard the web as a force for good,” according to the report.

The World Wide Web Foundation says it is working with partners to develop tools that can measure progress on the contract’s various clauses.

To paraphrase Bill Hader’s Saturday Night Live character Stefon, “This foundation has it all.” Based on this description, you’re talking about net neutrality, safeguarding personal and corporate privacy and metrics to measure whether it’s working.

I guess this means politicians will actually have to talk about real issues during this campaign season rather than focusing on alleged online meddling by outside sources or whether one of the candidates was doing something nefarious with emails. What fun is that?

And what will Josh Srago focus on next if net neutrality and information security is already solved? Could his visit to the FCC headquarters last year have played a role in this?