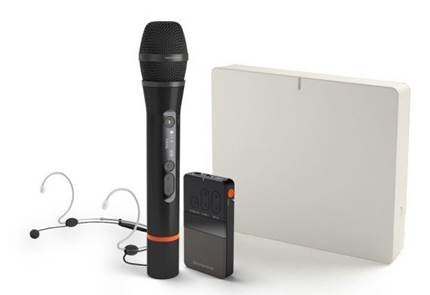 Unite AP4 expansion component via access point “creates the ultimate solution for fixed installation applications,” according to the beyerdynamic announcement.

“With the AP4, users can rely on Unite in applications where a fixed installation is required,” the company announcement says.

Featuring Dante-functionality and Phoenix inputs and outputs, Unite is compatible with a wide range of applications.

“As a system, Unite provides components that allow users to create their unique solution,” said Alan Feckanin, director of Americas for beyerdynamic, in the company announcement. “Throughout the coming years, we will expand the technology platform and use it to access additional applications, such as the AP4 access point, which expands the possibilities. When using several Unite AP4 devices in different operating modes, almost any application can be combined.”

As a transmitter, the Unite AP4 transmits the audio signals of an external audio source with up to four DECT channels. Typical applications include interpreting assignments in conjunction with an interpreting system and assistive listening.

As a receiver, the AP4 can establish up to four bi-directional point-to-point connections (individual return channel from analog or Dante inputs) to Unite transmitters. These four microphone signals can then be played from the Unite access point via Dante or analog.

These can also be sent to a second Unite access point via Dante or analog, which can then be configured as a transmitter to send up to four DECT channels.

Four audio channels are available on one single Unite AP4. A network of up to eight devices for a total of 16 full HD audio channels can be established (32 in the European Union due to spectrum differences).

The individual devices work either as transmitters or receivers depending upon the application and corresponding configuration via the Unite Manager software.

Unite is a communication system conceived for a range of applications, including interactive tour guides, interpretation, assisted listening, and digital presentations, incorporating a large operating range and long battery life.