Meeting Owl is in its third generation of the flagship product line, consisting of WiFi-enabled, 360-degree camera, microphone and speaker systems that automatically zoom in on whomever is speaking.

The Meeting Owl 3 has been upgraded both inside and out to include faster, more accurate face detection, even when masked; expanded audio and video range options; upgraded USB capability; and much more, says the company.

The new Expansion Mic device extends the Meeting Owl 3’s audio range to 26 feet, so all meeting participants can be heard around larger tables.

According to an Owl Labs study, nearly three-fourth of employees (71%) want a hybrid or remote working style, and effective technology is the third most crucial thing workers look for in an employer, with 95% saying it’s important. Owl Labs’ technology enables workers to collaborate from anywhere. The Meeting Owl 3, a smart 360-degree videoconferencing device helps hybrid teams come together so virtual meetings feel more like in-person conversations, leveling the playing field between remote and in-room participants. 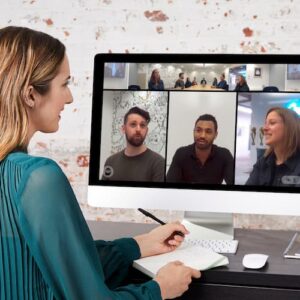 Meeting Owl 3 users see a 360-degree view of the room, along with up to three panels that dynamically zoom in on participants who are actively speaking or moving.

Meeting Owl 3 users see a 360-degree view of the room, along with up to three panels that dynamically zoom in on participants who are actively speaking or moving. Due to its plug-and-play design, it only takes six minutes from unboxing a Meeting Owl 3 to joining the first meeting, and it can be set up 3x faster than competitors’ products, according to the company.

Owl Labs products are designed by roboticists and engineers, and are equipped with its proprietary, upgraded OIS technology that powers auto-focus, smart zooming, and smart mics. The OIS also enables devices to become smarter over time with new features and capabilities delivered automatically via WiFi.

“Hybrid is now the way that teams expect to work, and we believe flexible policies are here to stay – but pre-pandemic technology to support hybrid work was an afterthought,” says Frank Weishaupt, CEO of Owl Labs. “While smaller and medium-sized businesses have been faster to adopt and support a hybrid format, we’re seeing even the world’s largest companies choosing similar, flexible models and seeking more immersive technology to power the transition. As a team that has been hybrid since before COVID, we’re proud to launch our third generation Meeting Owl to connect organizations of all sizes even more seamlessly.”

New features and performance enhancements in the Meeting Owl 3 include: 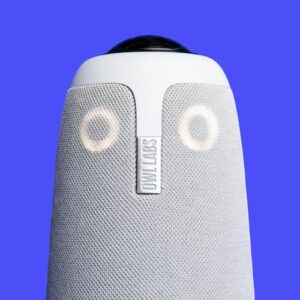 Other plug-and-play products that connect with the new Meeting Owl 3 and Expansion Mic include:

The Meeting Owl 3, along with other Owl Labs products, can be purchased on OwlLabs.com, Amazon or through third-party resellers and distribution partners.