Vaddio’s ConferenceSHOT Conference System won a BEST Award under Video Conferencing/Telepresence Solutions. This is what separated it from other applicants.

The InfoComm 2017 show floor contained no shortage of Pro AV cameras — CI editors choose some of the best they saw while there.

Vaddio won a 2017 CI BEST Award for its RoboSHOT 20 UHD camera — a solution that provides camera power, control and video over a single cable. 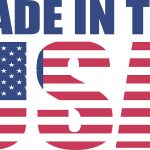 These AV Companies Manufacture in America

In recognition of Independence Day, here’s a list of some the companies – from AudioControl to ZeeVee – which offer products completely made in U.S.A.

At NAB 2017 Vaddio is previewing AV Bridge MatrixMIX Multipurpose AV Switcher which it says brings live event production to UC applications such as Skype for Business, WebEx and Google Hangouts.

Innovations such as Epson’s BrightLink Pro interactive projector technology and ViewSonic’s 70-inch Touchpanel have helped increase collaboration and enhance teaching and learning experiences in all levels of education.

CI takes a look at the latest news in the industry: SnapAV adds video analytics to its surveillance solutions through its acquisition of Visualint, Black Box and Oregon Systems converge, QSC CEO Joe Pham is elected to the 2017 InfoComm Board of Directors, and much more.

CI takes a look at the latest news in the industry: Kramer appoints a new CEO, Hitachi hires a new sales manager, Shure hires a new VP of operations and more.