The Fulfillment Division is an e-Commerce Fulfillment business that serves some of the largest online retailers in the country with a wide range of products.

What Is Almo E4 AV Tour?

According to Exertis Almo, at the E4 AV Tour, “We bring together the industry’s top educators, manufacturing partners to create a one-day event in cities across the country with CTS certified courses, the latest AV technology and networking for resellers, end-users, consultants & integrators.”

The locations shift from year to year to maximize coverage.

Since debuting in New York in late 2009 and four stops in 2010, Exertis Almo E4 AV Tour has established itself as a fixture in the industry.

“Melody had this crazy idea of reinventing what they did at Electrograph, [an event called] Display Technology Experience,” recalls Almo CEO Warren Chaiken.

Craigmyle’s idea was for a regional event that would establish Almo Pro A/V not just as a provide provider but as a valuable provider of education.

At InfoComm 2009 before Almo Pro A/V had even been formally announced, executive VP Sam Taylor approached Randal Lemke, then executive director of InfoComm (now AVIXA), a conversation that resulted in an education partnership that allows Almo to offer training with AVIXA continuing education units and renewal units at E4 AV Tour events.

The 2018 schedule for the traveling one-day E4 program – which stands for Educate, Exchange, Explore and Experience – includes stops on March 6 in Washington, D.C., April 24 in Dallas, Sept. 21 in Boston and Oct. 26 in Nashville.

This year’s E4 AV Tour shines a spotlight on experience, partnering with the Audiovisual and Integrated Experience Association [AVIXA], the former InfoComm International, to shift the focus away from boxes and products to the overall customer experience.

Almo has added an end note speaker to every E4 event this year, says VP of marketing Melody Craigmyle. That kicks off with former Washington Redskins quarterback and Super Bowl champion Joe Theismann in D.C. in March.

AVIXA CEO David Labuskes says the Almo E4 AV Tour’s “emphasis on the power of audiovisual experiences is exactly in line with the direction of our industry.”

Since Almo Professional A/V’s E4 AV Tour has become a fixture in the industry it’s easy to forget that as recently as 2009 there was no such thing as Almo Pro A/V.

Sam Taylor, who in 2009 was the head of faltering distributor Electrograph, pitched the idea of Almo Pro A/V to Gene Chaiken and Warren Chaiken of Almo Corporation. The distributor launched as “a calculated risk,” according to Warren Chaiken, in July 2009 during a recession with zero customers, zero vendors and zero inventory.

In five short years, Almo Pro A/V grew to 35 vendors, about 35,00 dealers and $200 million in revenue. Those numbers have continued to grow. The quick success is even more remarkable given that it was born out of a challenging situation.

Taylor recalls that 2009 was a tough time for distributors and as Electrograph was shuttering there were a lot of distributors contending for its market share. “That’s when I put 22 people together and went to Almo [and arranged an alliance] with nothing more really than a business plan and 22 people to come along and make a go of it,” he told CI back in 2014.

“I was able to take the top sales people, the people who had been there the longest and pretty much the top marketing people and we were able to take the sales and marketing end of Electrograph and serve it into Almo which had a very well run company and good corporate culture.

“It was a good fit. They had very good logistics and very good finance. They were the back end. We were able to plug in the sales folks. When we started we had no customers, no vendors and no inventory.”

However, Taylor did bring a significant plan to Almo. He wanted to be more selective than most distributors when it came to the number of lines it would carry. At Electrograph he estimates that it had 60 or 65 lines.

“When we started at Almo we said we wanted to have somewhere between 30 and 35 vendors and we want to stay there. We don’t want to have 120 lines,” he says. “The other thing we decided we were really going to focus on was educating our resellers and educating our sales staff.”

That, of course, led to the launch of E4.

With five years of retrospect, Warren Chaiken looks back on the “risk” in launching of Almo Pro A/V as a move with mostly upside for Almo Corporation.

“We knew what the risk was. Let’s say it all failed—we knew what the downside was and it wasn’t going to hurt the company if we decided [to walk away]. So there really wasn’t a risk in and of itself.”

Meanwhile, the opportunity to fill the vacuum left by Electrograph was compelling. “With Electrograph going out and other distributors that weren’t doing as well at the time, we just came in and basically filled a vacuum that was basically vacated when Electrograph went out. It also allowed Almo to diversify which we like doing.”

Almo executive VP/COO Sam Taylor saw the industry “on a nice growth path” heading into 2018, “as long as the economy continues to grow. It seems to be growing at not a crazy rate, but at least we’re continuing the growth that we’ve experienced in the past couple of years.”

Taylor sees 4K and collaboration as the primary areas that could see the biggest change in 2018.

“I think a year from now, if we’re talking about this, I’d be surprised if any of our partners — all the big names — don’t have a total 4K lineup. They may have a few legacy 1080p products, but I think 2017 to 2018 is when the big switch-over happens. I think that’s good for our industry, because there will be a lot of people that want to update to 4K.”

Collaboration is another space that Taylor expects to see plenty of action in 2018.

“Anything that we sell from our vendor partners touching the collaboration space is really hot,” he says. “That’s continuing to explode, and more and more people are putting in huddle rooms. That segment of the market is really taking off. I think that will continue to explode into 2018.”

As of February 2018, here’s a comprehensive list of the brands carried by Almo Pro A/V: 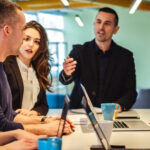 Is Lack of Conflict Killing Your Business?

Why it’s important to build a culture of trust, empowering your associates to engage in constructive conflict. 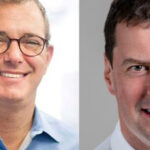 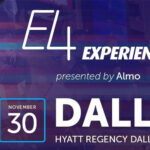 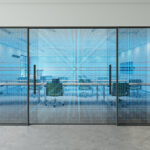 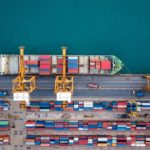 A shortage in semiconductors and other materials is impacting the availability and cost of digital displays, according to industry experts. 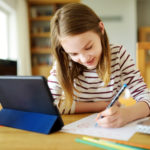 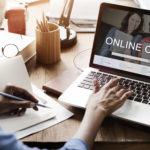 Distance Learning is About a Lot More Than Reading, Writing and Arithmetic

You don’t have to be a student to be part of the distance learning revolution. Most people are part of it now whether they know it or not. 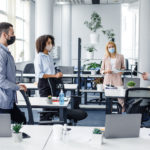 How Integrators Can Thrive in the Evolving Corporate AV Market

NSCA roundtable session during Almo virtual E4 spring event focuses on the changes in corporate AV and what it means for integrators. 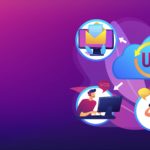 Hybrid work has changed the office forever, but employees need access to the right AV technology to be able to do their jobs properly.

Almo Professional A/V today announced it is the first distributor to offer end user training on virtual software platforms including Zoom, Microsoft Teams, Cisco Webex and Crestron thanks to a new partnership with OfficePro, Inc. As a result, these training packages “can be incorporated into an AV project to add incremental revenue and ensure high […]

View all on Exertis Almo