If you’ve watched any sports over the last year, you probably noticed the near complete lack of fans. Most stadiums and sports venues didn’t allow fans for the majority of 2020, and many are just now starting to reopen.

As they do reopen, teams are hoping to maximize attendance to the limits set by local health regulations to make up for that revenue lost during the course of the last year. To do that, they are turning to AV technologies like digital signage.

Or, at least they are in Dallas, where AT&T Stadium was just outfitted with an entire digital display upgrade that included more than 1,000 LG commercial displays.

The stadium, home to the Dallas Cowboys of the National Football League, was looking to introduce new displays to engage fans returning to the stadium and give them new digital experiences.

The result is a new environment where guests begin to take in the stadium’s digital content as soon as they enter the building, according to Matt Messick, chief information officer for the team.

“One of the biggest things stadiums can do to freshen up digital content and reinvigorate visitors’ excitement is to upgrade the displays themselves,” Messick said in a statement.

The LG displays range from 55- to 86-inches, with some 75-inch and 86-inch models mounted vertically so a single screen can show different content, including ads, a live feed of the event or team stats.

One of the main uses of digital signage is to drive sales, and that’s exactly what the displays did at concession stands, as the stadium recorded a 15% increase in food sales for events prior to COVID-19, according to Messick. 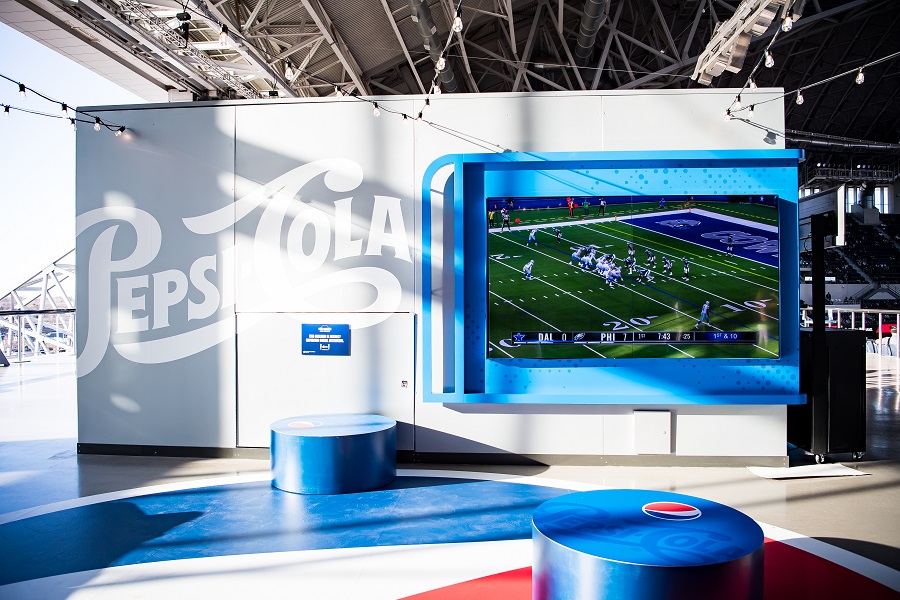 Several other areas now feature large scale video walls made up of multiple LG displays, including one that uses 25 55-inch LG displays, and walkways with three 75-inch displays mounted vertically side-by-side to use as a video wall or as three separate displays.

According to Messick, the displays can be operated individually or together to present content that flows from one display to the next via an IPTV content distribution system that provides real-time and automated remote control of the entire display network and each individual display.

The system allows for automated trigger-based display takeovers, including a stadium-wide celebratory beer ad when the Cowboys score a touchdown, giving sponsors an incredibly valuable moment where every fan is surrounding by their advertising.

The system also allows the entire network to be powered on and off with a single button.

“Using an IPTV system gives us a single control point where we can access every TV, initiate section-based or stadium-wide programs, and break multi-TV displays into sections,” Messick said. “This capability enables granular control of sponsor messaging and provides highly customizable engagement schemes, including trigger-based takeovers that blanket the entire stadium in a single sponsor’s ad campaign for a brief time.” 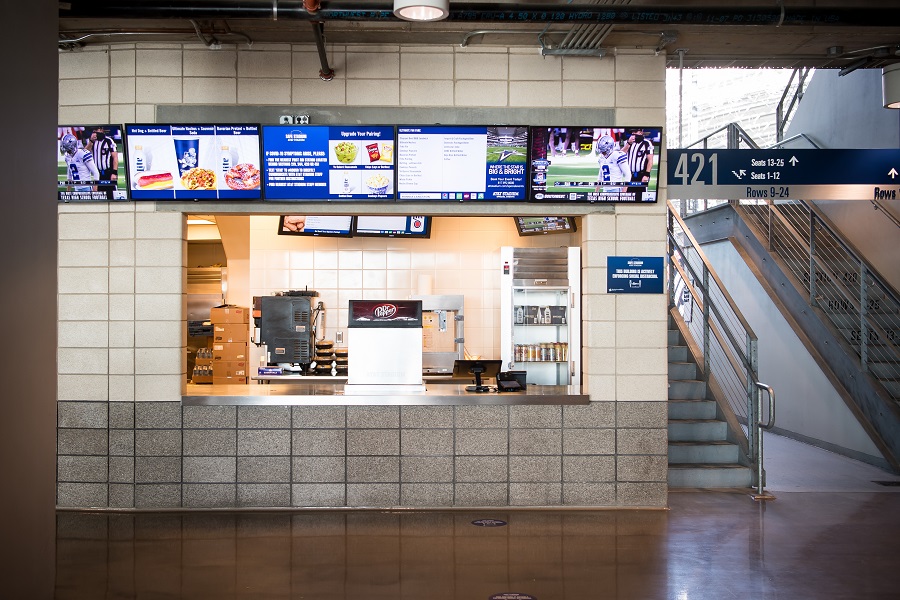 The system improves the stadium’s content operation options, as staff can now push the same content to every display in the building.

“We can dynamically change the look and feel of all of our concourses to create an end-to-end experience, whether it’s for a football game, rodeo, concert or a supercross event,” Messick said. “What’s more is that during any event we can choose specific displays to advertise upcoming events, so the cross-promotional opportunities are huge.”