When most of us think about car sharing, we probably think of Uber or Lyft. WaiveCar wants you to think in new ways about the concept– and they’re relying on digital signage to accomplish their goals.

WaiveCar is a Los Angeles-based startup that brings together car-sharing and digital signage in an interesting new way—and BrightSign is helping the company spread the word about the new service that’s also available in New York.

Related: 10 Wacky Uses of Digital Signage
A growing fleet of Chevrolet and Hyundai electric vehicles outfitted with double-sided LCD screens serve as WaiveCar’s roving billboards. The cars are free to drivers for the first two hours, and advertising on a WaiveCar costs 2.9 cents per 15-second spot.

Since accepting a $500,000 investment on ABC’s Shark Tank late last year, WaiveCar deployed a fleet of 19 vehicles in the Los Angeles area and another three vehicles in New York.

“We brought Five Tier aboard as our technology partner to build the advertising arm of WaiveCar,” said Zoli Honig, co-founder of WaiveCar. “Five Tier’s collaboration with Adomni and BrightSign gave us exactly what we were looking for, and we’re now able to offer our customers a dead-simple platform to serve-up their ads on WaiveCar vehicles.”

“We’re extremely proud and excited about this collaboration with Five Tier, BrightSign and WaiveCar,” said Jonathan Gudai, CEO of Adomni. “Brands are now empowered to create their message through Adomni and Five Tier and then immediately see their advertisement on a WaiveCar. This is a perfect example of the new, progressive chapter we’re entering in digital out-of-home advertising.”

The LCD screens atop each WaiveCar are connected to BrightSign HD1023 media players, which route advertising content to the screens as chosen by the advertiser. BrightSign’s GPS capabilities make it possible to further target advertisements based on specific geofencing requirements.

For example, a coffee shop in Santa Monica can specify an ad is displayed only when WaiveCars are within a certain proximity of the coffee shop. The ability to control when and where the ads display greatly increases ad placement ROI.

“WaiveCar is disrupting the DOOH space, so we developed a platform unlike anything the DOOH market has seen to-date,” said Frank O’Brien, CEO of Five Tier. “We believe this is the future of DOOH advertising and we’re happy to play a key role in WaiveCar’s development.” 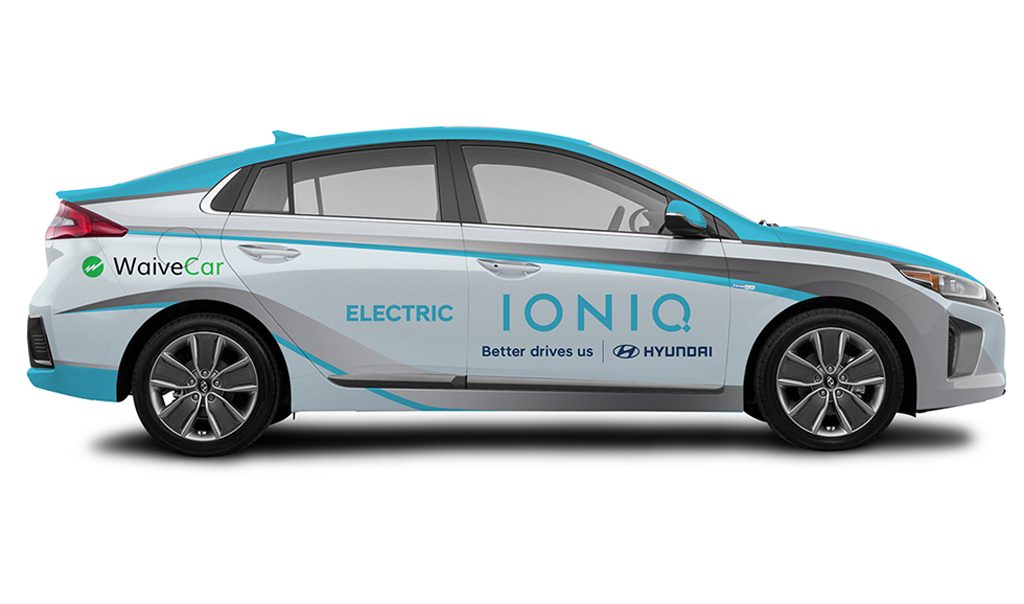