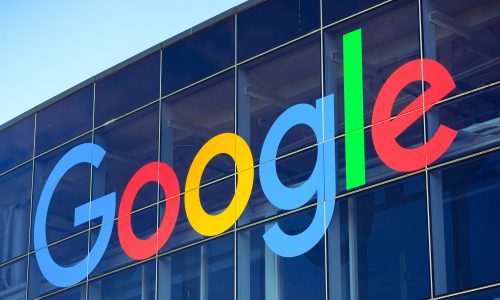 Google has introduced a new version of Chrome OS that can turn PCs and Macs into a Chromebook and be used for digital signage and kiosks. The software designed for businesses and schools will be free to download, the company says.

In a blog, the company says Chrome OS Flex will be fully compatible with Google’s cloud-based management and helps modernize endpoints already in the environment with fast access to web apps and virtualization, built-in cybersecurity protections, and easy deployment and management.

The company says the offering is essentially a new version of CloudReady, an operating system built on Chromium OS, developed by Neverware (acquired by Google in 2020) that helps modernize PCs and Macs.

“As the developers of CloudReady, an operating system built on Chromium OS, they’ve helped countless businesses and schools modernize PCs and Macs including Nordic Choice Hotels, ABN AMRO, and MyGate,” the company says in the blog. “Since then, we have been hard at work integrating the benefits of CloudReady into a new version of Chrome OS.”

According to Google, the offering can help maximize the life of an organization’s existing device fleet by refreshing older PCs and Macs with Google’s cloud-based operating system.

In addition to replacing the operating systems on PCs or Macs, Google says it can be used to deploy a cloud-first OS on purpose-built hardware for specialized use cases like kiosks or digital signage.

Google says Chrome OS Flex will boot up in seconds and remain fast, with system updates happening in the background.

The solution also comes with built-in protection against viruses, ransomware and phishing attacks. Chrome OS Flex also comes with sandboxing technology to keep threats contained to a specific tab or app, an the read-only OS blocks executables where threats hide. Google says its Safe Browsing feature helps warn users before they open malicious sites, and IT can even prevent data loss on lost or stolen devices with remote wipe.

Excited about Chrome OS Flex, a new version designed to run on old PCs and Macs to bring the same speed, security and simplicity of Chrome OS to existing hardware. Early access for now, but look forward to seeing feedback! https://t.co/cGwCl8D23M https://t.co/CpEUaBuTYV

Google says Chrome OS Flex is also easy for IT to deploy and manage, taking just a few minutes to install on devices through USB or network deployment. After logging in, a user’s cloud profile is downloaded and automatically syncs their settings, bookmarks and policies, and a cloud-based Google Admin console gives IT the ability to easily manage the deployment.

The company says the new offering has the same code base and release cadence as Chrome OS to ensure a consistent end user and IT experience. The offering includes the official Chrome Browser, Chrome Assistant and cross-device features in the same user interface as Chrome OS.

Google says a Chrome Enterprise for Education upgrade allows IT to manage Chrome OS Flex devices and Chrome OS devices like Chromebooks side by side in the Google Admin console.

To start, IT can create a bootable Chrome OS Flex USB drive to try before installing. Then, the OS can be installed on a PC or Mac to replace the existing operating system. OS Flex can then be deployed to more devices via the USB drive or a network deployment.

In the same blog, Google advises that the offering is still in early access and available on the dev channel, so IT and end users should expect bugs. A stable version will be available in the coming months, the company says. Current CloudReady users will then be upgraded to Chrome OS Flex for free.