At InfoComm 2019, the latest additions to the Middle Atlantic BGR Series AV equipment racks will be launched.

Middle Atlantic says the solutions have been the company’s most popular product line since the introduction of the BGR Series of products in 2011. 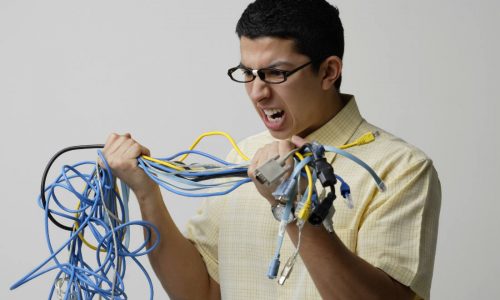 Related: 10 Messy AV Racks That Leave You Wondering, ‘Why?!’

Middle Atlantic says that over the course of the past year, more than 187,000 BGR Series products were installed into a variety commercial and residential systems.

“The MRK was launched in 1995 and was designed with installer-friendly features, which made it the chosen rack among integrators,” says Paul Dolynchuk, director of product management at Middle Atlantic Products.

“As equipment has shrunk in size and floor space has become a premium, we once again zeroed in on how to solve these challenges for integrators. The BGR is the result of integrator feedback and the evolution of the features we introduced in the MRK.

“This milestone comes at a perfect time as we launch the next phase of innovation for BGR at InfoComm 2019.”

According to the Fairfield, N.J.-based company, the Middle Atlantic BGR Series floor standing enclosure is engineered to solve the common problems integrators run into when installing and servicing rack-mounted components.

Middle Atlantic points out the BGR Series incorporates a “breakthrough” design that it says provides stability and strength without adding weight to a rack.

The UL-certified Middle Atlantic BGR Series can be loaded with as much as 3,000 pounds of equipment.

Another design element of the product line is its use of a slimmer top and bottom, which Middle Atlantic says provides integrators an extra rack unit of usable space.